WRIC Founder Jing Zhang (from right to fourth) was testifying in Congress. 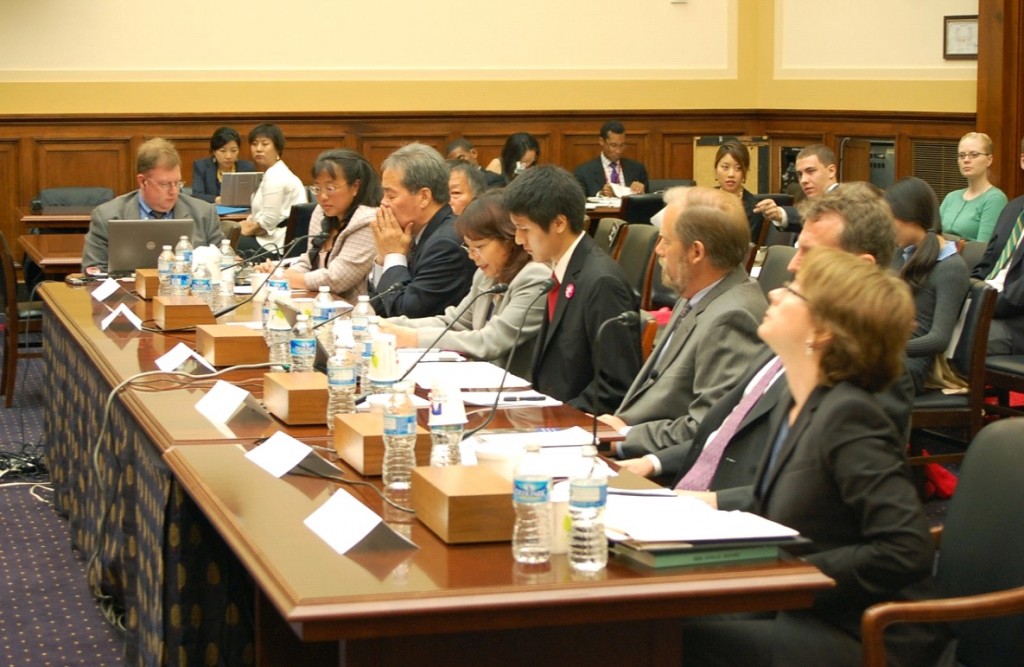 In February of this year, inspired by the wave of democratic mo vements in the Arab World, the Chinese-language internet community gave birth to messages of the Jasmine Revolution. The Chinese Communist Government reacted in panic and severe crackdown, in blatant violation of the Chinese Constitution and the UN Charter. It dismissed international condemnation, arrested hundreds of dissidents, civil rights attorneys, artists including Jiang Tianyong and Ai Weiwei, even members of the public in the streets who happened to carry jasmine flowers. In Guizhou province, since March 18th, more than a dozen dissidents were arrested for more than a month without reason. One of them, Ms. Wu Yuqin had cancer. Her eighty-year-old mother was also arrested for defending her daughter. Two other women, Wang Lihong and Liang Haiyi, were also arrested and charged for expressing opinions related to the Jasmine Revolution. The Chinese government has also put non-governmental organizations and their workers under surveillance. The work of All Girls Allowed had suffered drastic impacts because of threats and harassment of the police and National Security Bureau.

Women’s Rights in China is a non-profit organization registered in the United States. WRIC operates many projects benefiting girl babies and orphans in a number of provinces in Mainland China. One of these, the Rural Girls Assistance Program was a charitable project whose aim was the aid of rural Chinese mothers and baby girls. Every month we distribute funds to help families of baby girls buy milk and supplement the nutrition of pregnant women. The purpose of this aid was to encourage women who gave birth to girls, to combat traditional discrimination against women and to erase gender imbalance. More than 500 babies and orphans have benefited in this program. However, since March of this year, our workers and volunteers have been harassed by local police and security agents. They had been detained and interrogated multiple times and forced to divulge every detail of this program. Officials of local towns and villages disseminated rumors that workers were trouble makers who would be arrested by the police, which troubled and frustrated mothers who received aid.

Police in one province (to protect the personal safety of our workers, we elect not to identify the specific location.) not only conducted forced interrogations, but also sent two agents to record the aid distribution locations by video. They followed our workers on their visits to families in remote villages, “witnessing” the conversations between our workers and families receiving aid. When our workers and local families were talking at the doorstep, they would stand close by. When our workers entered local houses, they would enter and sit down as well. One may well imagine our workers and the rural families’ feelings. Some families requested to stop receiving aid in order to escape police attention. They feared that the attention would have long-lasting ill effects for the whole family. Many volunteers also backed out of this charitable project. They entered our work to do good for the local community but found themselves treated as felons under open police surveillance. Neighbors of our workers also became suspicious and opposed their work. 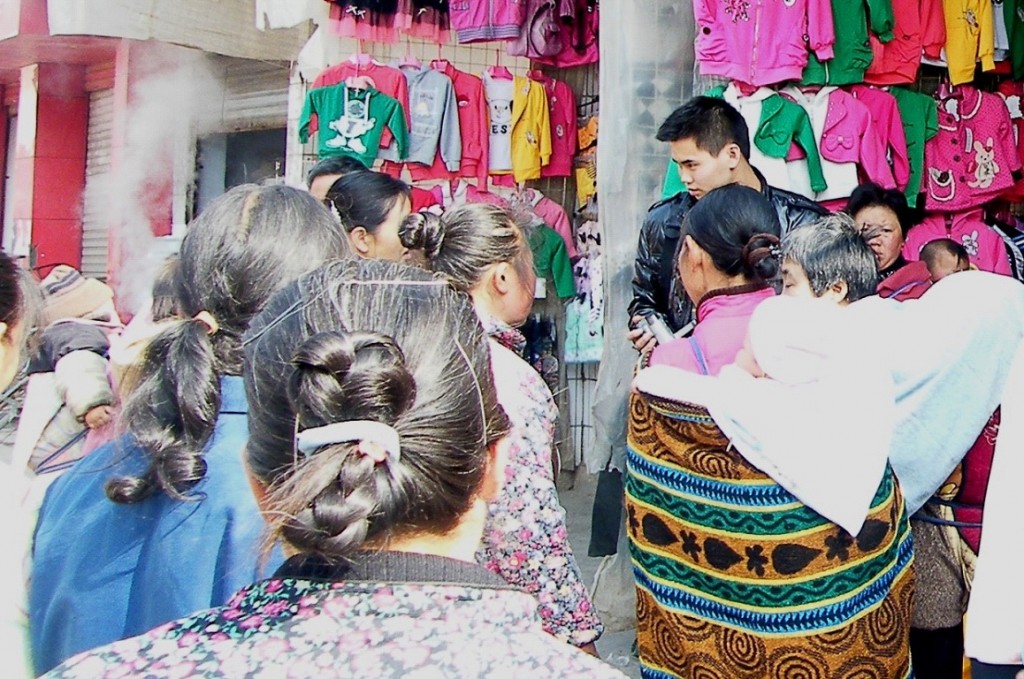 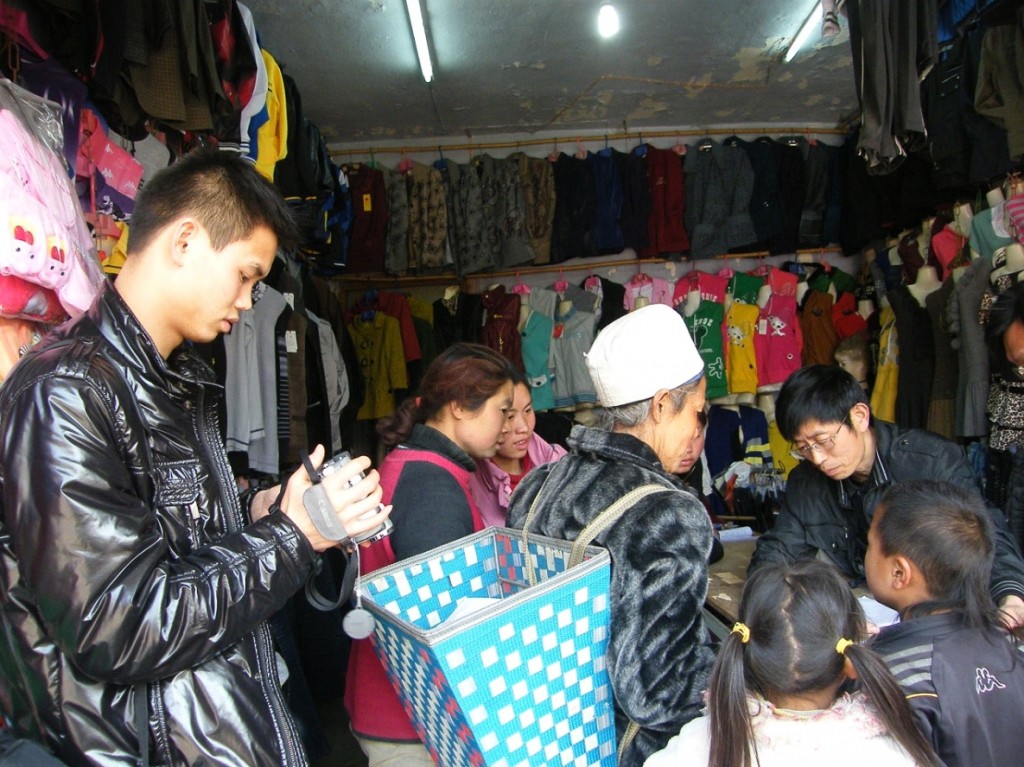 A farmer whose family receive our aid was forcibly pushed into a police vehicle for interrogation. His cell phone was confiscated. The police threatened him, asking whether the aid carried any conditions, what the volunteers said to him, whether there was any encouragement to join Falun Gong. He was not released until an interrogation lasting hours after he was no longer deemed a “suspect”.

In another location of WRIC’s program, as a result of police harassment, field workers and some aid-receiving families requested an early end to the Rural Girls Assistance Program. Hundreds of baby girls and their families would lose the 100 yuan per month assistance for milk, which carried no conditions. To a family whose monthly income was only between 300 to 500 yuan, this would represent a grave loss.

A field worker told me, “It’s hopeless. If we continue the program, we might get into prison. If the government wants to arrest someone, there’s no shortage of made-up charges. In China, it’s not easy to do good even if you want to. The government wants to watch everything. It doesn’t want to overlook any detail, even your though. They have all the money and all the manpower. That’s what it means to have a strong and glorious country.”
Arrests in Tiananmen Doesn’t Spare Pregnant Woman

The openings of the People’s Congress and the Political Consultation Congress in March coincided with the Jasmine Revolution. The government’s surveillance and oppression became even more rampant. Police arrested all “questionable personalities” found in sensitive locations Tiananmen Square and McDonald’s Restaurants and kept in detention centers such as Jiu Jin Zhuang( Short-term imprisonment center ) in Beijing. Ms. Nie Nina, a woman from Henan province, got in touch with us through difficulties. She has now been pregnant for five months. Her family house was forcibly demolished, she could find no redress from the local government. She was forced to petition the central government in Beijing and was beaten many times as a result. She had been put into administrative detention in Beijing’s Jiu Jin Zhuang center. On March 28th, Ms. Nie was transferred from Jiu Jin Zhuang to her local detention center for ten days. During this time, she suffered beatings, including to her head, from the hands of government agents.

On April 19th, Ms. Nie was again arrested and kept in Xiangcheng, Henan detention center. Seven to eight male government agents undressed her in the court yard of the detention center in front of 60 onlookers, leaving only the bra on her upper body. Afterwards, she was dragged to ultrasound exams and threatened with forced abortion. She was extremely frightened and greatly humiliated. In the end, because her pregnancy was deemed “legal”, she was spared an abortion after her family frantically called for help. During her three day detention, she was given no food or water by the authorities. One day she was suffering severe stomach pain from hunger, a woman working in the kitchen sneaked some bread to her. Government agents told her, “We’ll kill you if you go to Beijing to petition again. Police in Beijing told us to arrest you.” 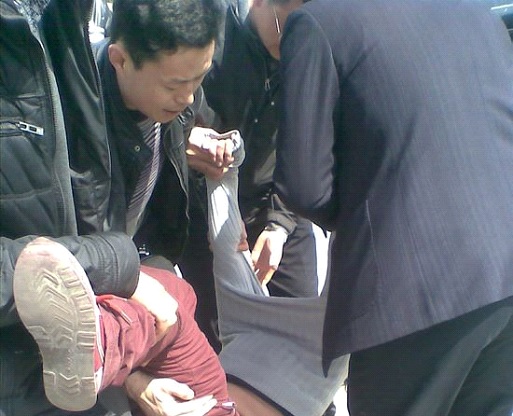 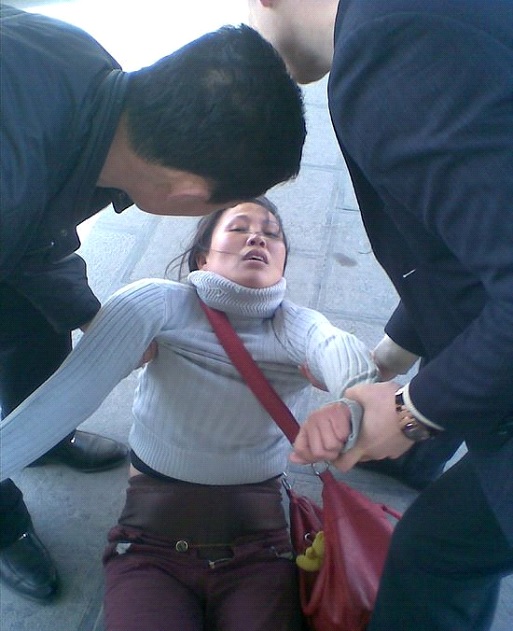 I asked if she had visited sensitive locations with connection with the Jasmine Movement. She answered that she had no idea about any “jasmine”. Her only purpose was to uphold her rights by petitioning in Beijing.

Similarly, a victim of the Birth Planning Policy was detained in Jiu Jin Zhuang in March. A farmer’s wife from Nanping, Fujian province was forced to undergo tubal ligation, a sterilization operation several years ago. The doctor mistakenly severed the ureter tract of a kidney, leading to infections in her kidney system. Even when Beijing hospitals proved that the ureter tracked was medically severed, local government and hospital refused to compensate her, forcing her to petition the central government.

According to her, after multiple arrests, beatings and detainment, she was used as an example of “illegal petitioner in arrest” in the local television station’s program, which led to the destruction of her reputation and collateral punishment to her children and family. When she was taken into hospital in March for forced “treatment”, she lost all freedom. She was followed by agents even when she went home to pick up clothing. Local law enforcement agents threatened that if she petitioned the government again, her death would be in “murky” circumstances. She only recently knew that the nervous atmosphere was the result of something called “jasmine”. She said that one kidney was completely destroyed, her head was also beaten. She estimated that she would not have long to live and had no desire to persist in living. Hearing these words, the only things we could offer were comforting words and prayer.

The Orphan Scholarship Program is one of WRIC’s projects. As a result of the One Child Policy and bias against girls, many new born girls were abandoned by parents quickly after birth. Buddhist nuns in Tongcheng, Anhui province adopted many abandoned baby girls. WRIC provided scholarships and aid to more than twenty of these orphans according to their ages. Since the beginning of this year, the guardians of these orphans, the nuns suddenly became unenthusiastic about such assistance. They almost completely stopped accepting aid in February and March. After a special investigation, we discovered that the nun in charge of accepting the funding, a member of the Tongcheng Buddhist Association, received pressure from “talks” with local authorities. She was no longer willing to have any connection with economic aid from abroad, even charitable foreign Christian donations.

The central government announced its orphan assistance program many months ago. The funding was supposed to be retrospective to January of 2010. In our March, 2011 investigation, we discovered that even provincial-level welfare agencies had not seen the funding, let alone city-, county-, and township-level agencies. In the Tongcheng nunneries, not one has heard of such assistance.

We do not know whether the Orphan Scholarship Program had any connections with the government crackdown over the Internet Jasmine Revolution or the content of the conversations between Tongcheng police and the nuns, but the sudden change in the nuns’ attitude towards scholarship donations speaks to the pressure they were under. It also speaks to the Chinese government, especially local government’s suspicion of foreign charities and donations. This suspicion totally dismisses the needs of the most vulnerable group, the interests of the abandoned orphans. In other words, the Communist government, in order to maintain stability for its rule, not only controls dissidents, civil rights advocates and internet opinion, but also keeps surveillance over activities of foreign non-governmental organizations. As these organizations’ work mainly benefit women, children and disease patients, such controls led to direct suffering of these vulnerable communities.