WRIC Expresses Their Thanks on Behalf of Visual Artists Guild 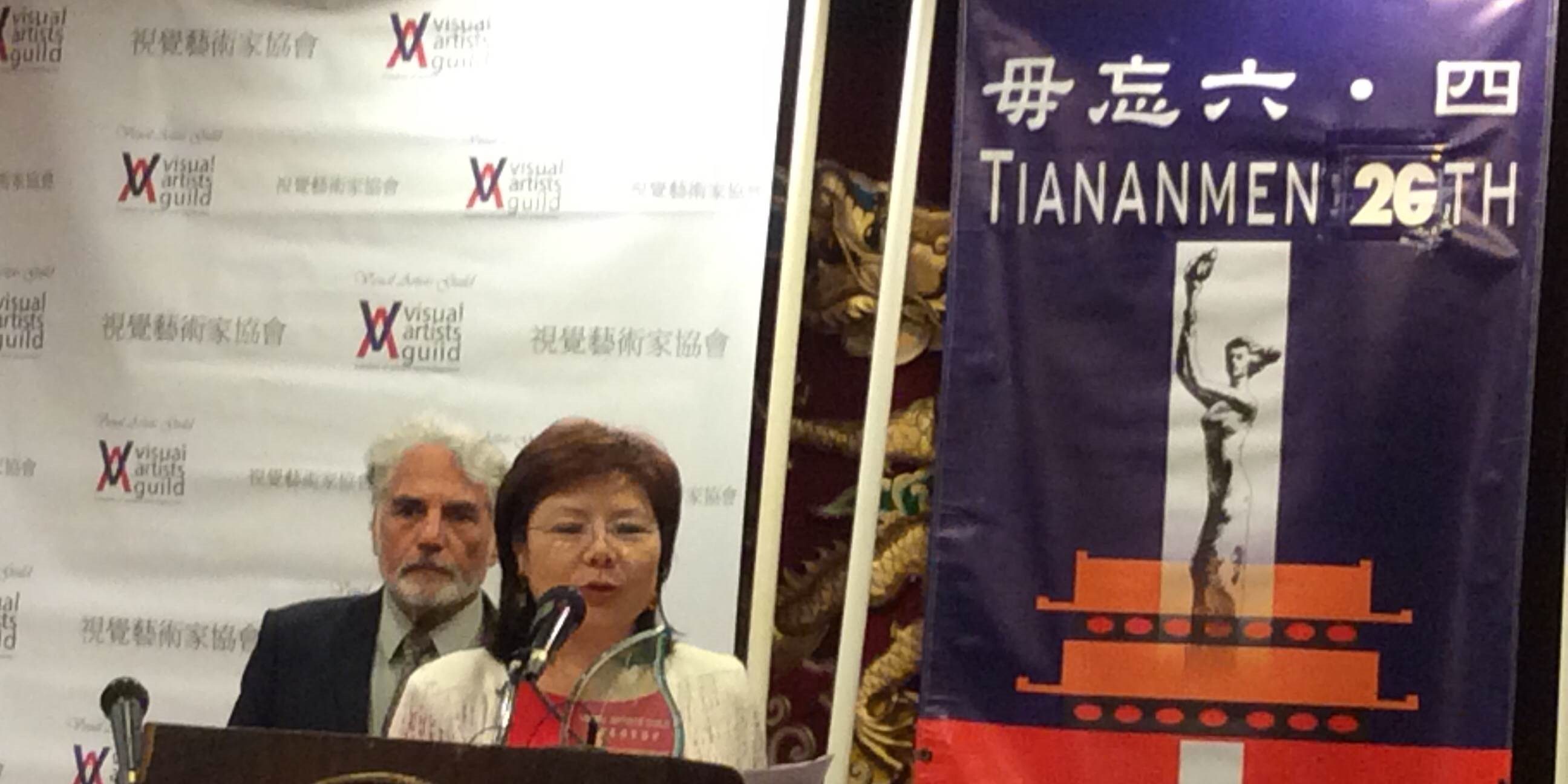 Jing Zhang gave a thanks speech

Today, on behalf of Women’s Rights in China, I accept the honor of an award from the American Visual Artists Guild. Right now two different emotions are tangled up in my heart. On the one hand, I feel encouraged and happy because I’ve won an award. On the other hand, the comrades-in-arms who were originally supposed to be here to share this honor with me have been thrown in jail, which makes me feel sorrow and outrage. Gao Yu, Su Changlan, Yao Cheng, Chen Qitang: they raised their voices for Chinese women and children and paid the price with their freedom. This honor will always belong to them and all the volunteers working on the front lines in China!

Since the founding of Women’s Rights in China in New York in 2007, we have carried on with the goal of giving a voice to Chinese women and children. We have persevered in making mainland China our base of operations and have set up two websites: wrchina.org and crchina.org. In mainland China we have carried out five programs in succession: opposing human trafficking, helping child brides find their families, assisting orphans, opposing forced abortions, and projects to help rural girl babies. Our achievements have been numerous. We have found the birth parents of child brides trafficked over 20 years ago. We have saved the lives of many girl babies. We have helped dozens of female orphans receive education. We have helped over a thousand women and girls live with dignity and be spared from forced abortions. We know that what we have done is still far from enough, but we have tried our hardest, and over the past nine years we have honored our original promise.

Facing China’s mighty dictatorial government, our organization has met with all manner of setbacks, including the repeated downing of our two websites. Because we have held to our goals and principles, our funding support was abruptly cut off. Many of our Chinese volunteers have been thrown in jail one after another. We have been scarred again and again.
But no matter how many setbacks we experience, it is still our duty not to turn back and never to give up!

In 2014, with a severe funding shortfall, we published a translation of a true investigative record, The Orphans of Shao (http://crchina.org/?page_id=6858). This was a book banned from publication in both mainland China and Hong Kong. It allowed families of every country to understand that among the Chinese children they adopt, some are children who are trafficked and sold to the Chinese government’s social welfare institutes (similar to Western orphanages), while some are over-quota children that exceed the family-planning birth limit, which were sold for low prices to the social welfare institutes. After they had been made into “orphans,” they were sold at high prices to Western countries for adoption. We therefore call on adoptive families of all countries to please either reduce or stop the adoption of Chinese children to prevent the disappearance of large numbers of Chinese children and avoid incentivizing the avarice of child traffickers.

On behalf of all Women’s Rights in China volunteers, I thank the American Visual Artists Guild for its support, and thank everyone seated here for their encouragement. We will overcome all obstacles so we can continue to give a voice to Chinese women and children and continue working hard to protect their rights! 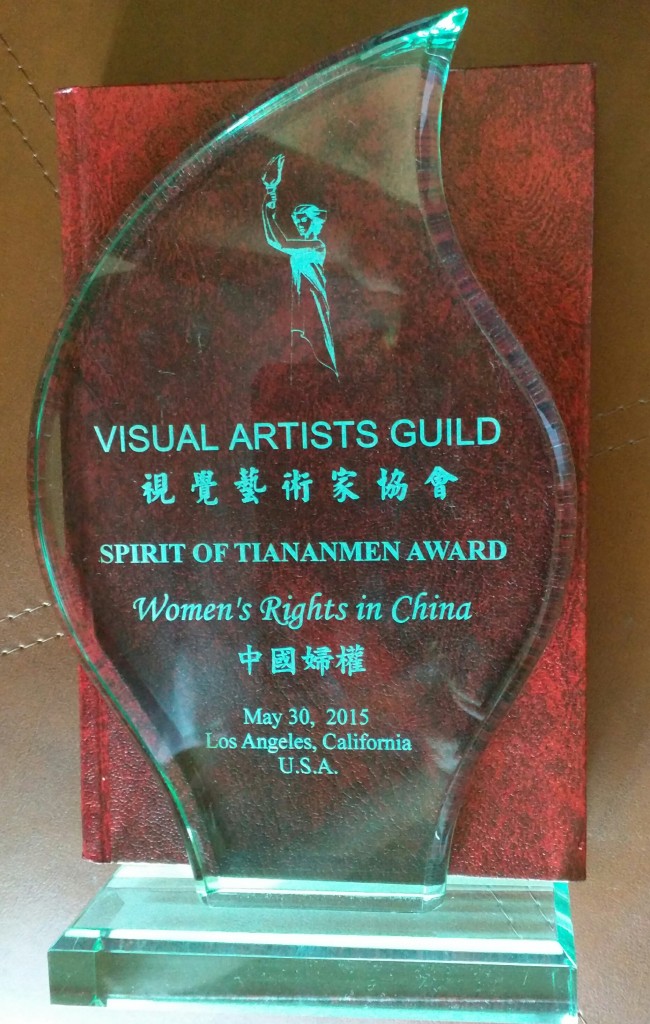 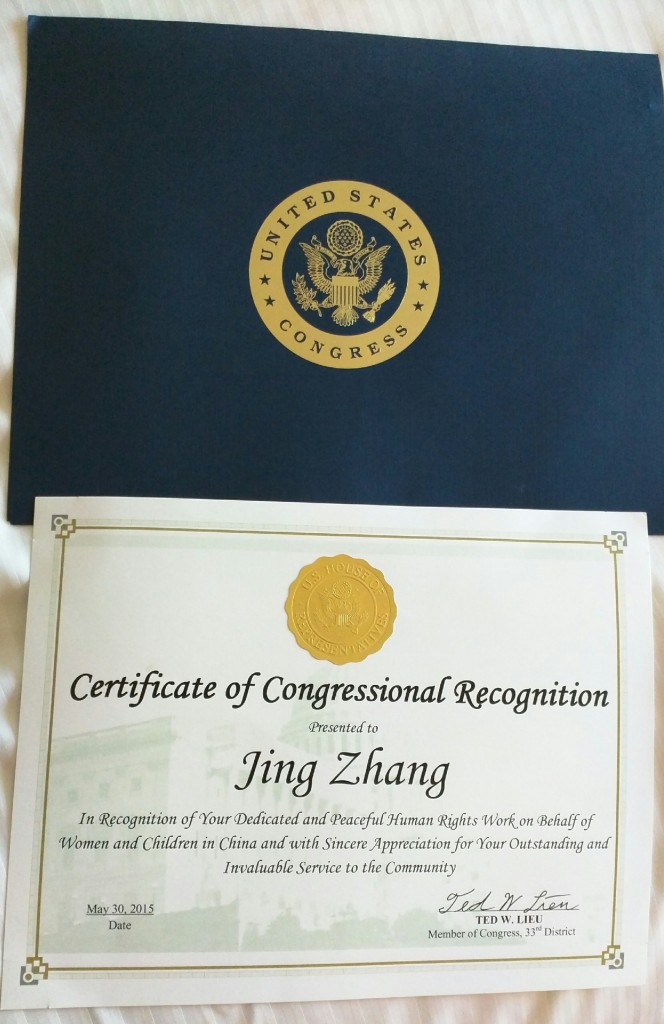 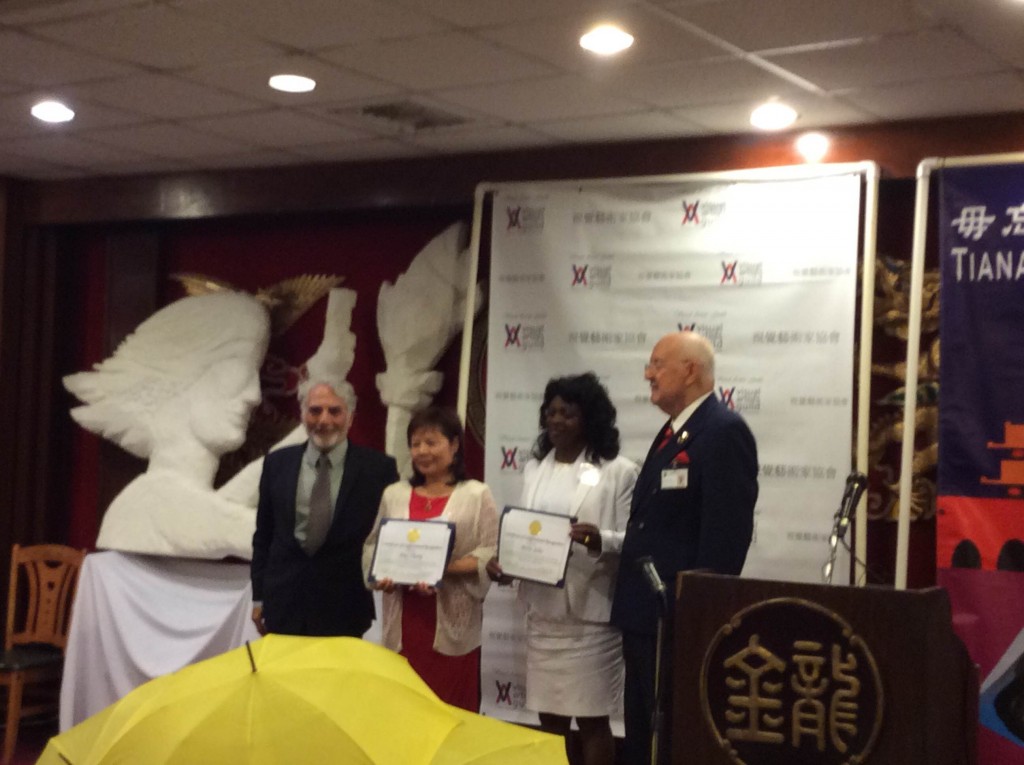 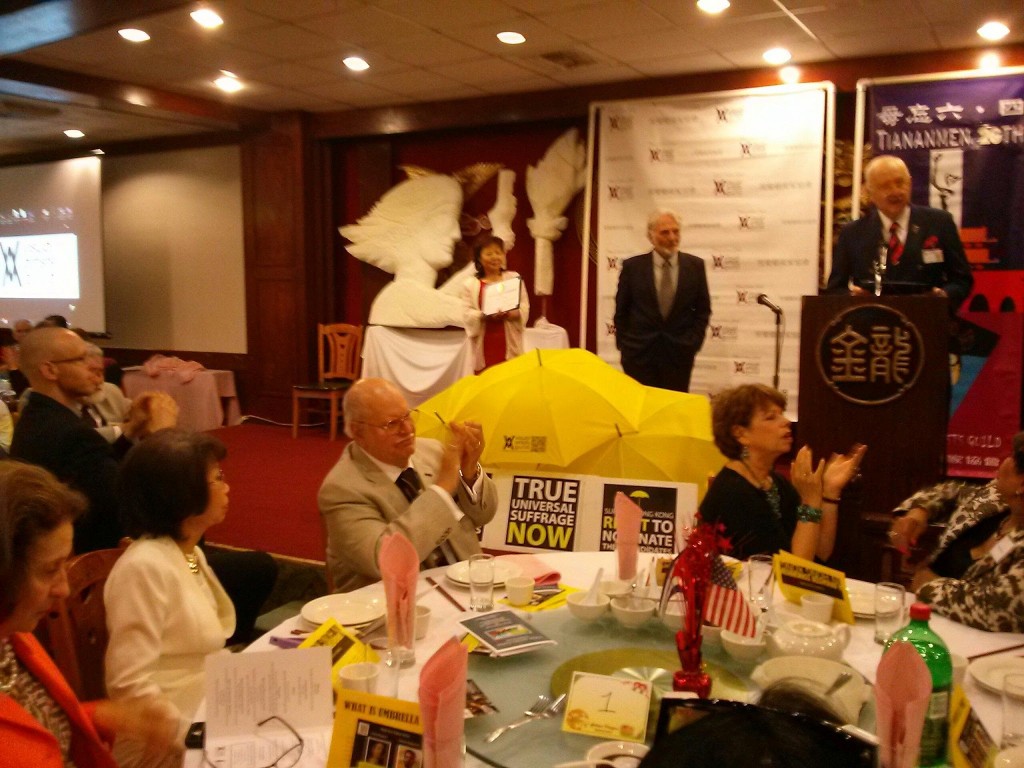