Su Changlan: Introduction and Thanks 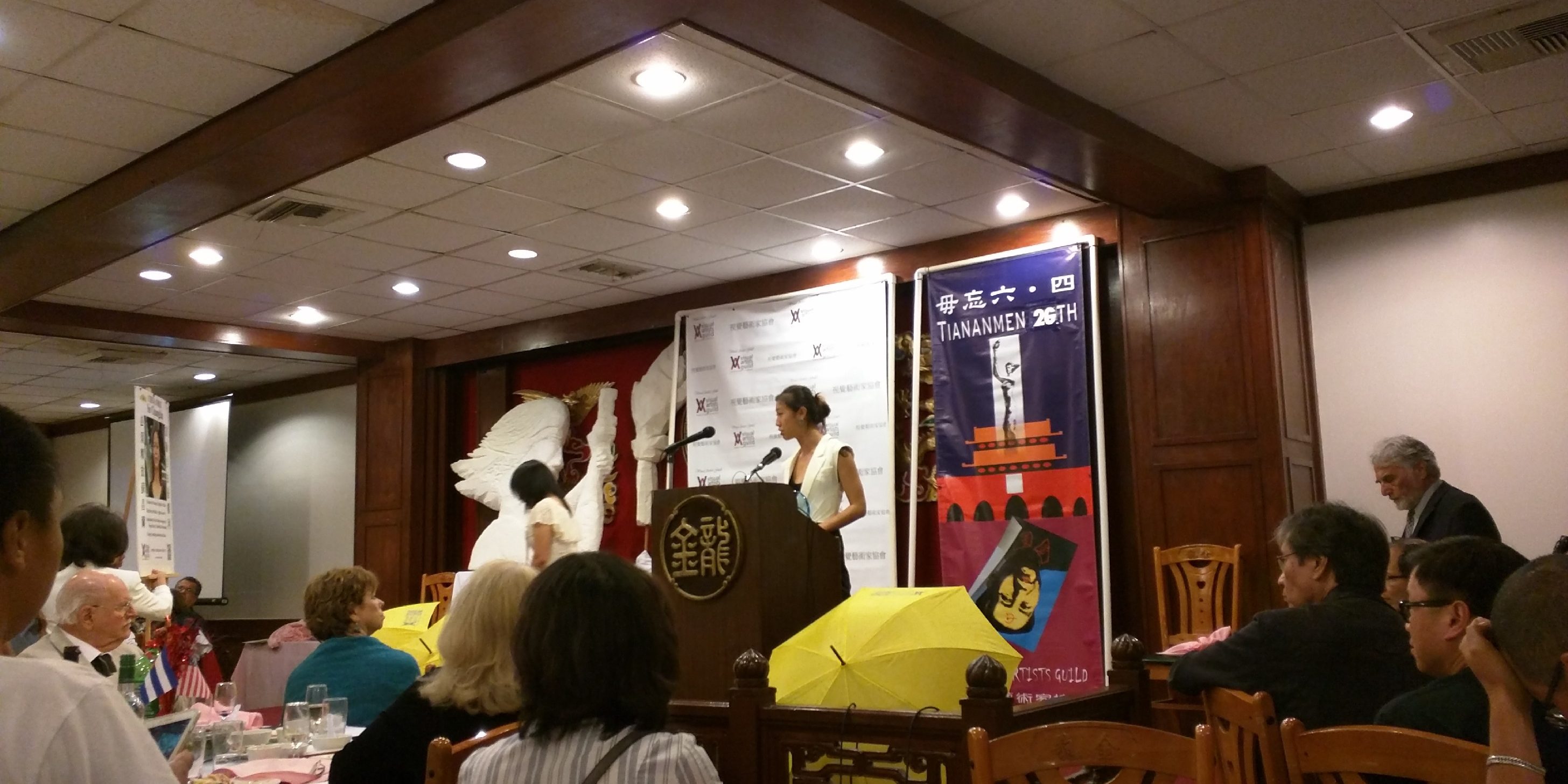 My name is Sandra Lam, and I have been a volunteer with WRIC since it was founded in New York. Today I am here on behalf of WRIC’s most outstanding mainland China volunteer, Ms. Su Changlan, to accept the VAG’s award for courage. A few days ago, when we told Su Changlan’s husband that the VAG would be honoring Su Changlan with an award, he was moved, encouraged, and most of all proud that so many people cared about his wife. He asked us to express the deepest gratitude on behalf of himself, Su Changlan, and all friends concerned for Su Changlan.

Miss Su Changlan is an experienced volunteer of WRIC. All these years, she has been fighting for justice for civilians and vulnerable groups at the grassroots level, and protesting for human rights defenders and prisoners of conscience tortured in prison. The cases of human rights violations she participated in include the illegal grants of land use in Sanshan Island, Nanhai; The incident of the three netizens in Fujian; activities concerning missing children in many provinces; reporting and protesting against forced abortions cases; and helping trafficked child brides in Putian, Fujian search for their birth parents and introducing their painful stories to German and Swiss media to raise international awareness. Although Su was interrogated and harassed by the police many times, and even had a CCTV installed by the police near the door of her house, she was never fearful and demonstrated great courage. She is a well-respected human rights defender. After the peaceful protests in Hong Kong to Occupy Central began, the Chinese media under control of the government twisted the truth and blackened the names of Hong Kong students and civilians who organized peaceful activities for Occupy Central in demand of universal suffrage.  Su, like more than 100 netizens in mainland China, reposted truthful news about Hong Kong’s Umbrella Revolution through channels like “breaking down government firewalls” to enable the public in mainland China to understand the facts behind the Occupy Central protests.

On October 27, 2014, Su Changlan was taken into custody at a detention center in Foshan City’s Nanhai District. It was not until 192 days later that she received permission to see a lawyer for the first time. On May 5 at the Foshan City, Nanhai District detention center, the Guangzhou lawyer Wu Kuiming finally met with Su Changlan, who was suspected of incitement to subvert state power. Prior to this, Su Changlan’s older brother, Su Shangwei, and her husband, Chen Dequan, had gone to the Foshan City public security bureau to request to meet with Su Changlan, but their requests were denied.

On February 2, after Su Shangwei stood beside the entrance to the Foshan City public security bureau holding a poster that read “Conscience is nonviolent! Su Changlan is innocent,” he was taken to the Foshan City Chancheng Sub-bureau. In the early hours of February 14, he was detained on suspicion of disorderly behavior. At the same time, Chen Dequan was also taken away by the Chancheng police. Three people from one family were all in custody, leaving only a minor-aged son at home to suffer this fright. Over a month later, Su’s older brother and husband were only released from custody because of illness. To this day they are still awaiting trial, and even when friends send living expenses for the Sus’ child via Western Union, they have no way to withdraw the funds.

From when Hong Kong’s “Occupy Central” began on September 28, 2014 until December, between 96 and 320 people were arrested in the mainland for supporting the Hong Kong people’s demands for a general election in the “Umbrella Movement.” This number does not include the rumored arrest of Liu Meng and his models for organizing a “Yellow Umbrella” fashion show, nor does it factor in the many people who were “invited to tea” (interrogated by state security forces) or “sent on vacation” (temporarily forced to leave home). The youngest was an 8 year-old girl named Xu Yanzhi. Her father Xu Nailai was imprisoned for publishing remarks online supporting Hong Kongers. After he was injured from a police beating, the police delivered his 8 year-old daughter to a “children’s shelter,” where she was locked up for over 70 days. Her friends and relatives were not allowed to take her home to care for her, nor even visit her. In the end it was discovered that the 8 year-old girl’s body had scars in many places. I now convey single father Xu Nailai’s extremely desperate request. Because he participated in a human rights activity, he and his child have been harassed by the police for a long period. He hopes that a good-hearted person will adopt the 8 year-old Xu Yanzhi so her body and mind can avoid further torture. From this we can see that the state of China’s human rights has once again fallen into a bitter winter. The Xi Jinping government’s silencing of the news and freedom of speech is something rarely seen in recent decades.

WRIC calls on the international community, the media, and members of congress to not only support the protests of Hong Kong students and civilians, but also to be concerned about Su Changlan and other human rights defenders detained for caring about Occupy Central protests in Hong Kong. Your voices can reach China and urge the government to instantly cease all mafia-like methods of attacking political dissidents (such as abduction and disappearance) and immediately release all human rights defenders and prisoners of conscience, so people like Su Changlan can regain freedom and reunite with their families as soon as possible.

Thank you very much  for your support!” 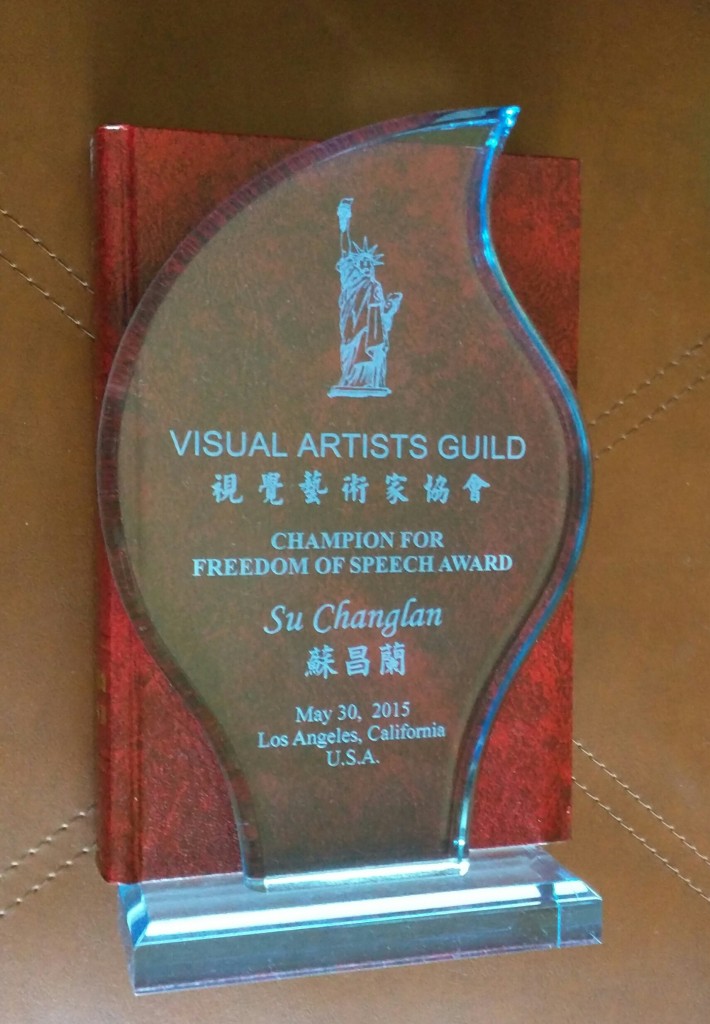 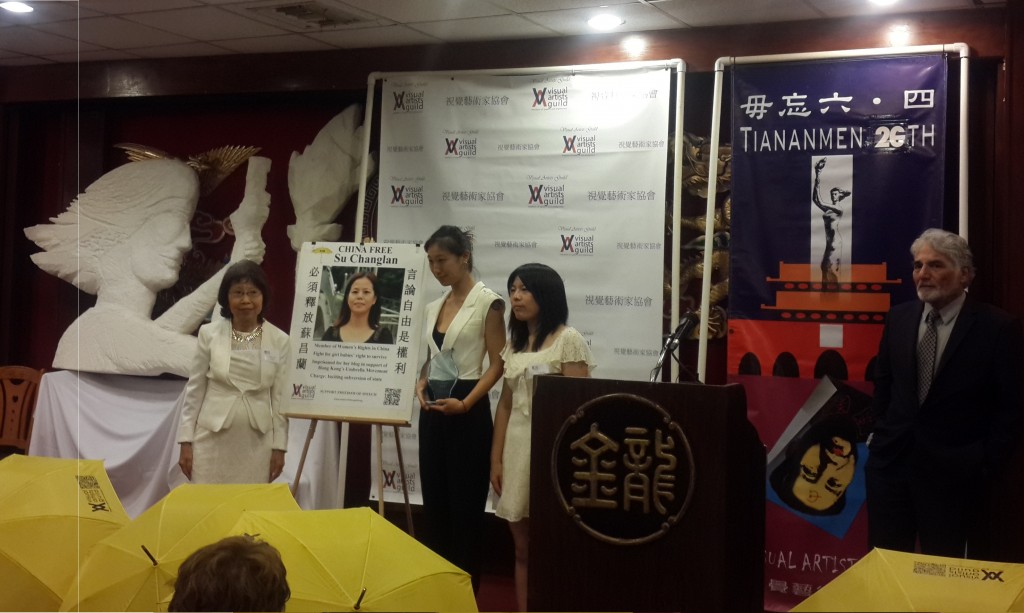