Letter to my Birthparents in China

You are here:
Missing ChildrenNews 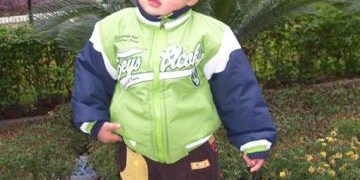 As a baby at the age of a week old, I came in the orphanage in the city of Shao Yang (province of Hunan) . This was happening in the month December 2003. They called me Shao Yang Yun, in short Yun Yun.This was a beautiful name but not from my parents .  I wished I know my real family name , if that was given by birth? I lived there till I was tree years old. Miss liu (my nai nai)was also my nanny and took good care of me. In the past I thought that she was my real mother ?

After this I was adopted by a Dutch couple (from the Netherlands) and moved away in april 2007. In the first few years it was not always easy, but I was learning fast, doing well on school and getting more and more happy , making friends and being part of a new family .Parents who loving me 150% but always be open about my adoption,  told me never to forget the birth parents . In the years that I get older raising up some questions about my background and my first week of life. 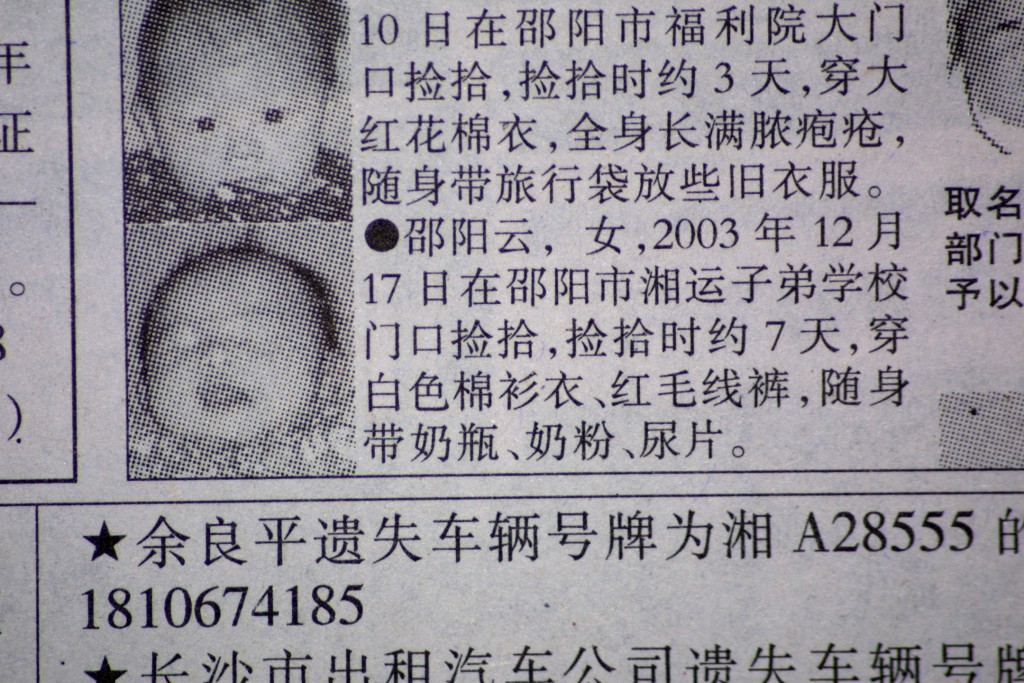 My adoption mom and dad didn’t get the feeling  that I looked the same as the other children in the group. I got other face, skin colour and different curly  hair. This is bringing me by my first doubts, second: do I come from de province of Hunan? And third: Was I found by the Xiang Yun Zidi school it is Hunan”S Passenger Transport Central Company  Childrenschool.Located downtown city in the Sanyanjing area –Shuangqing district )dressed up in cotton padded clothes, red woolen pants, nursing bottle milk powder, diapers. Found by a woman named Yao ling. She brought me to the Police station (riot squad ) the founding location and school combination are unusual place (never happened in the last ten  years  between 1999-2011 and why this Police squad). And there was a hospital close by but I don’t think  that I was born in the Hospital?. What I want or like to know about my background & family if I have brothers and sisters. 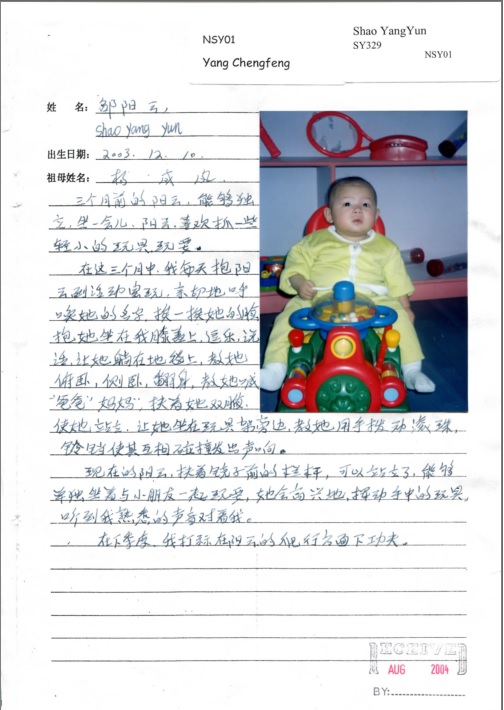 Do we look like each other, And how are you doing are you well? In my DNA profile it’s pointing out that family mothers side is from the Philippines, could this be true? And suppose I come from one of the village area around Shao Yang mountains like Gaoping etc where kids kidnapped?, why did nobody came forward when this book “orphans of Shao” was in the media. The only thing I know for sure that I lived the first  3 years of my life in the SWI. We checked this out because Half the sky start the program after I moved to the house. 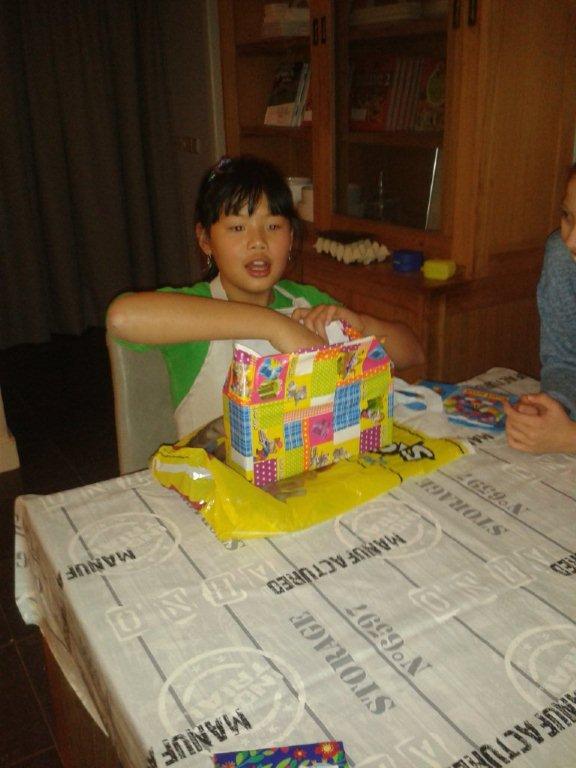 My adoption parents have put me on many seeking sites, hopefully we will get a trace in the near future. Before I go to high school we making plans for roots  travel to China. Do you want to be in contact whit me? I’m not angry and sad about this but  try to understand what could be the real reason from my adoption and what ARE my roots .Where do I belong in this big China (Han or not Han etc )  This all will me give peace of mind and hope that it will help you to give this a better place in your life  ? “Wished I could met you all”!!

Friendly regards and lot of loving from Shao Yang Yun from China (born 10th December of  2003?)& –Yun Aimee Tassel  from the Netherlands .