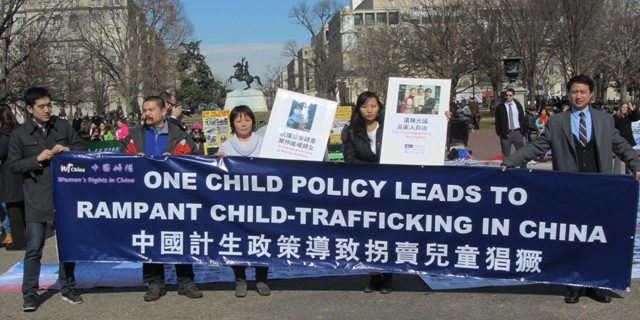 I remember an afternoon forty years ago. My father furiously slapped my uncle. The argument was behind closed doors and hushed. I couldn’t make out the reason. Later my sister told me that uncle listened to “the enemy station”—Voice of America—on the radio. Father said that we could be shot for listening to enemy stations. I had no idea what “voice of America” was, only vaguely remembered the name from then on.

As I grew up I learned to listen to short-wave broadcasts. Democracy, freedom and human rights became my lifelong passion, which entailed the price of nearly six years’ imprisonment. From a privileged daughter of Communist Party members, I became a young “anti-revolutionary” criminal. In prison, when I received a visit by my uncle, he told me that radio dials had become more accurate and noises had become weaker.

In those days, massive numbers of audience members in Mainland China relied on Voice of America for a sneak peek of the outside world through a narrow but open gate. Through VOA, the Chinese public understood that “Imperialist America” was not the monster of official propaganda; that the Chinese should also enjoy human rights; that all men were created equal; that democracy was actually a good thing. Many of those who listened to VOA later became leaders and staunch believers who propelled the Democracy Movement, from Democracy Wall in 1979, Tiananmen in 1989 to today. The credit due to VOA, who accompanied the struggles of more than two generations of Chinese, could not be overestimated.

The world had experienced great changes. The only thing that didn’t change was the Chinese Communist regime’s dictatorship. In recent years, arrest, imprisonment and abuse of dissidents at the hands of the regime had increased. More horrifyingly, the police had adopted mafia methods by beating and abducting dissidents in the open. Since the start of the internet-based Jasmine Revolution in February, large numbers of dissidents and civil rights activists had been arrested or put under house arrest. Many ordinary activists had been arrested along with famous personalities such as the artist Ai Weiwei and the attorney Tang Jinling. More than a dozen dissidents in Guiyang, Guizhou had been harassed by the police many times at home in the last five months. They were taken away on forced “vacations” lasting three days to a month. Even Ms. Wu Yuqin, suffering breast cancer, was not spared. Long-time dissidents in exile abroad, of course, were still blockaded. It could not be more obvious that Hu Jingtao and his regime aimed to “harmonize” any discordant notes other than the command of the Party. 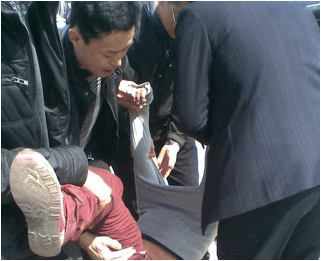 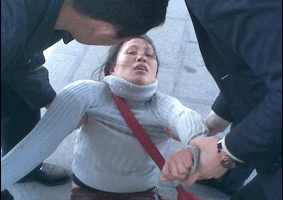 Ms. Nie Lina, five months pregnant, is arrested in Xiangcheng, Henan for protesting the government. She was jailed for 15 days.  (PHOTOS BY WRIC)

China, too, climbed on the rising information age of the internet. According to the Chinese Ministry of Industry and Information Technology, there were 477 million people on the internet in the country. However, almost all of them were trapped inside the government’s powerful firewall. Very few internet users were capable of “jumping the wall” to access information from abroad. A much bigger group, at least 700 million residents of small towns and villages still lived in a world outside of the web. They could only rely on the family radio or television to enrich their lives.

I earlier in the year interviewed a victim of botched sterilization operations mandated by the government’s Birth Planning Policy, which resulted in her crippling disability. This woman from a rural area insisted that her name could not be publicized on “foreign radio”, otherwise local officials would never stop her persecution. I was puzzled and asked what she meant by “foreign radio”. “Voice of America and that Radio something Asia.” How would the village officials know of reporting on those stations? The victim told me that they would be listening. There were many others who listened in her village. They first knew of the Sichuan earthquake from “foreign radio”. Even village officials were now openly listening to “enemy stations”.

An unemployed woman from a large southern Chinese city told me that she tried to learn to use the internet. But she could not afford computer repairs or the frequent viral infections. So she decided to learn about the outside world through radio, which was simple and inexpensive. Her regular listening schedule included VOA, Radio Free Asia, Radio France Internationale and Deutsche Welle. Every day from dusk to about ten at night, the interference was very heavy, but after this period the broadcasts were very clear. She usually would not go to bed before finishing the programs. Whenever static was unusually heavy, she could switch between frequencies to find a more clear station. It should be evident that Voice of America’s broadcast in Chinese still enjoyed a vast and loyal audience in China.

At the same time as the Chinese government was trampling human rights, tightening internet control and blocking Western information and the values of human rights and political freedom, it was actively expanding the propaganda apparatus abroad. In 2009, the government initiated the Great Foreign Propaganda Plan. English language broadcast of CCTV-9 became available fulltime through Time-Warner in New York, Los Angeles, Houston and other major cities. CCTV was also available in 14 languages. The government-controlled Xinhua News Agency opened its New York office with 500 staff. Xinhua Book Store, the oldest propaganda organ of the Communist Party, also expanded into major areas of Chinese settlement. Following its model perfected in Hong Kong, the Chinese government exerted enormous influence over almost all Chinese language media through advertising dollars and direct acquisition. Even the media which originated from Taiwan routinely engaged in self-censorship and collaboration with the mainland Chinese government, in order to keep their connections with the Xinhua and Zhongxing news agencies and advertising income. 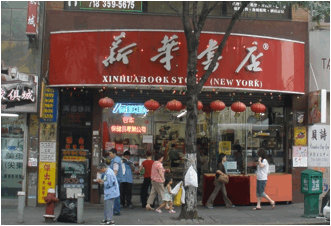 Many Chinese language academies, Confucian academies and Chinese community organizations became in reality conduits of Chinese government’s infiltration. Through community leaders, they aim to influence elected leaders and other political figures in mainstream society. Official and semi-official Chinese media and communication companies went public in large numbers in American stock markets, including china.com, China Telecom, 163.com, Sohu, SINA, Baidu, China Mobile and China Unicom. ITalkBB, a SINA subsidiary, had occupied the internet phone market of nearly the entire Chinese American community and some other ethnic communities by offering services at 50-90% discount of its competitors. This company naturally could not escape the control of the Chinese government. Phone calls to China from many exiled dissidents and other important community leaders through ITalkBB could be monitored. In fact, many dissidents complained of their conversations with family members had been used as evidence by Chinese national security agents to threaten their families in China. Moreover, some exiled opposition groups unknowingly used webhosting services that were in truth the government controlled china.com. Internet communication that had been compromised this way could pose grave danger to dissidents in China and their families.

In conclusion, the internet offers undeniable advantages over broadcast. However, it cannot replace radio broadcasting. In today’s China, foreign Chinese broadcasting is still a crucial source of outside information for the majority of the population who lack access to the internet altogether. Voice of America not only provides indispensable and truthful news reporting, it also upholds the image of the United States and is a valuable antidote to the Great Foreign Propaganda Plan. Not only would the elimination of VOA’s Chinese language service be contrary to the spirit and values of America’s Founding Fathers, it would inflict irreparable harm on generations of dissidents and advocates of freedom and democracy, and silence the most vulnerable groups in Chinese society—the women and children. We urge congress and the Obama administration to face the reality of the China of today, to maintain VOA’s Mandarin service and leave a legacy that could stand up to history.