The Baby Girl Abandoned in Front of the Monastery—Shi Changshun 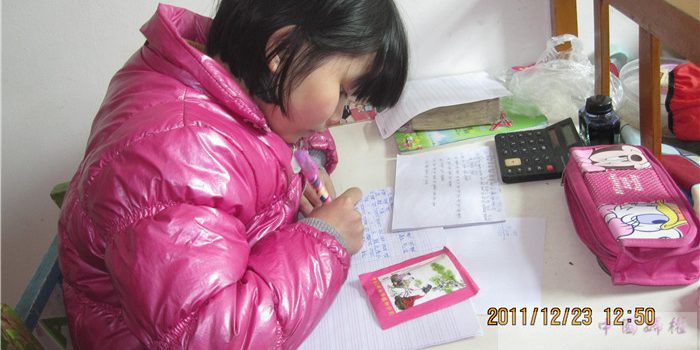 In the early morning of August 28, 2001, When Shi Huiru, the master of nunnery at Bengbu, Anhui Province, opened the gate of nunnery; she found a paper box and something moving in it. She came closer and found that it was a little girl infant in the box. She held the infant in her arms and found a piece of paper with birth date of the girl August 14, 2001. Huiru understood immediately, it was another abandoned girl. This is the third girl who was abandoned here. She already adopted two infant girls already. Huiru named the third girl Shi Changshun. The Nunnery is located at a lane near Bengbu City Flower & Bird market. There are three nuns practicing there. Because of the location, visitors of the temples are normal. As time goes by, three girls are approaching the age where they should be admitted to a school and this causes the temple to meeting financial problems. The three children do not have a household that they can use to enroll in school; this means that they need to pay an extra fee called “out of local area.” The oldest girl could only afford to be in primary school for two years. The second oldest girl finished her middle school. And now they are both nuns in the temple. Shi Changshun had to strategically change the last name twice to avoid the extra fees.

After interviewing Shi Huiru, I asked whether I could interview Shi Changshun at her school. The teacher Shi Huiru told me that the girl is very introverted and quiet. Two dogs in the temple are her best friends. The dogs are always waiting for her to come back from school. Shi Huiru did not want to disturb her life. So, I gave up.

I couldn’t have an interview with the girl, so I asked the teacher Shi Huiru if she knew what the plan of the girl is when she grew up. The teacher said she wanted to be a nun like the other two girls but I had my doubts if she really thought about her life in the future. The girl knows of the wonderful world. Did she really want to be a nun for the rest of her life? I really have no idea. 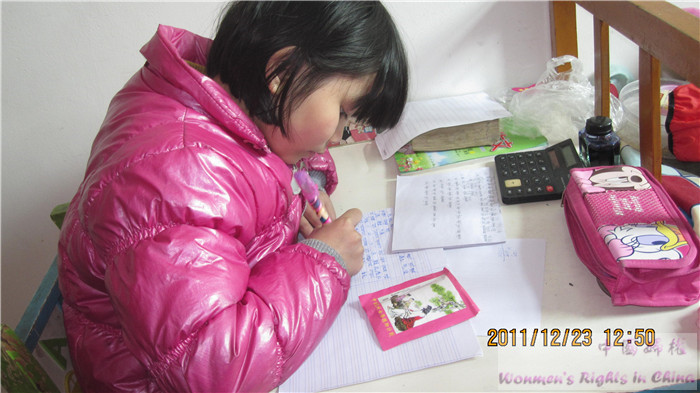