You are here:
Anti-KidnappingMissing Children 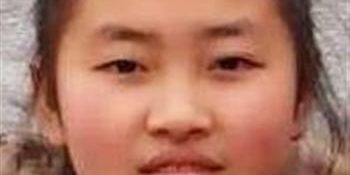 Yuan Qin and her classmate Liu Lei arranged to run away from home together. Yuan Qin brought a copy of a bank account passbook. A classmate said that they decided to go to Chengdu, Sichuang to work together. Both phones are turned off, and both are not online on QQ. Yuan Qin’s family reported to the police, but they replied as she is over 15, and ran away from home, they would not open a case file for her.

Yuan Qin was influenced by her classmates in leaving home this time, people around her always told her that ‘it was useless to go to university, after you graduate your salary will only be RMB $1-2000, less than directly going to work’ etc. Such thoughts formed doubts in Yuan’s mind, thus she arranged to work in another city together with classmates. According to what Yuan’s father heard, originally there were 6 classmates that arranged to find work in another place; they were all contacted through the web by Liu Lei and an employer. The employer found that they had no identity cards and suggested them to use their own photos to replace that on other people’s identity cards. At last when it was time to leave, the other classmates didn’t go, only Yuan Qin and Liu Lei went. Yuan Qin was sick after she was born, only cured after she was 8 years old, but there were complications afterwards.

The specific name of the illness was not given, but the main symptom is stomachache (in the area of the intestines). Yuan’s illness has always been treated by her father with herbal medicine. Her father had studied Chinese medicine on his own. Large hospitals couldn’t cure Yuan. At the time of running away, Yuan already had symptoms; her classmates said she always had serious stomachaches. Yuan’s father is very worried, because if her daughter’s illness is not treated soon, it will worsen quickly. Her father estimates that it may develop into Cancer after half a year. Yuan Qin is normally quiet, with not many words, and only talks more with friends of her age. She is diligent and immediately completes tasks that her family asks her to do. She does a great job in helping to wash clothes and cook at home. Yuan Qin’s father works in Chengdu. When he came home during Qingming festival, he gave money to his daughter. Yuan’s mother doesn’t work and stays home taking care of Yuan and her younger brother, who is 8 years old and in Grade 3. Liu Lei is also 15 years old. She attended primary school in Chengdu, so she has some old classmates there. She is a bit rebellious, and doesn’t want to go to school. Yuan’s uncle and aunt are also working in Chengdu. Yuan Qin’s father heard that his daughter may be in Lezhi County and is looking for her, and Liu Lei’s father is also looking in Chengdu. Since the employer was contacted by Liu Lei, other classmates don’t know any details.