You are here:
EventsNewsWomen’s Rights in China 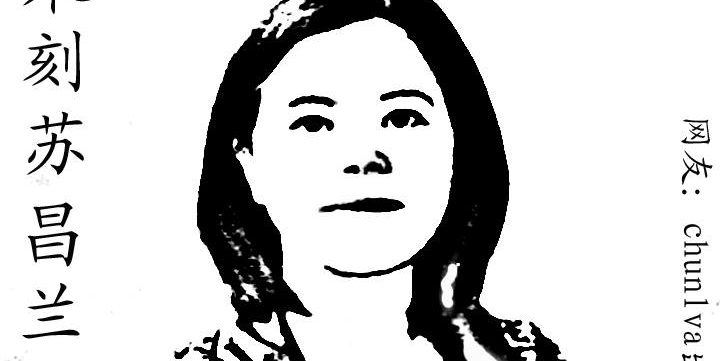 On 27 October, 2014, Miss Su Changlan was taken away by the Nanhai Public Security Bureau in the name of the crime of “provocation”. Her whereabouts or even life and death has been unknown since then.  Extremely anxious, her husband Chen Dequan has been asking around about her wife, but the police and law enforcement departments all denied that they locked up or detained Su Changlan. On 11 November, 2014, Chen Dequan, accompanied by human rights defender Tian Li (Chen Qitang), went to Foshan City Nanhai District Detention Center for the fourth time to find Su Changlan, yet their reply was again “we don’t know”; Chen still couldn’t obtain any information about Su Changlan. After the case in March 2014 in which Miss Cao Shunli was “disappeared” and died after being detained, with her living body “eliminated” by the relevant departments of the Chinese Communist Party, Women’s Rights in China (WRIC) is very worried about the safety of Miss Su Changlan. On 19 November, 2014, lawyers found out that Su Changlan has indeed been detained by the Ministry of Public Security, and has been charged with the “crime” of “inciting subversion of state power”.

Miss Su Changlan is an experienced volunteer of WRIC. All these years, she has been fighting for justice for civilians and vulnerable groups at the grassroot level, and protesting for human rights defenders and prisoners of conscience tortured in prison. The cases of human rights violations she participated in include the illegal grants of land use in Sanshan Island, Nanhai; The incident of the three netizens in Fujian; activities concerning missing children in many provinces; reporting and protesting against forced abortions cases, and helping trafficked child brides in Putian, Fujian, to search for their birth parents and introducing their painful stories to the media from Germany and Switzerland, etc. to raise international awareness. Although Su was interrogated and disturbed by the police many times, and even had a CCTV installed by the police near the door of her house, she was never fearful, demonstrating great courage. She is a well-respected human rights defender. After the peaceful protests in Hong Kong to Occupy Central began, the Chinese media under control of the government twisted the truth and blackened the names of Hong Kong students and civilians who organized peaceful activities to Occupy Central in demand of universal suffrage.  Su, like more than 100 netizens in mainland China, reposted truthful news about Hong Kong’s Umbrella Revolution through channels like “breaking down government firewalls” to enable the public in mainland China to understand the facts behind Occupy Central protests.

WRIC calls on the international community, the media and congress members to not only support the protests of Hong Kong students and civilians, but also be concerned about Su Changlan and other human rights defenders that are detained because of caring about Occupy Central protests in Hong Kong. Your voices can reach China, urging the government to instantly cease all mafia-type methods to attack political dissidents such as abduction and disappearance, demanding the immediate release of all human rights defenders and prisoners of conscience, so people like Su Changlan can regain freedom and reunite with their families as soon as possible. 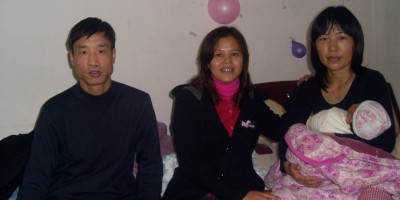 The Cao Ruyi case, which attracted widespread concern: under the assistance of WRIC, Cao Ruyi, who was almost forced to abort, hid in a safe place and gave birth to her first child after marriage. WRIC volunteer Su Changlan visited the Cao family again in 2012.（photo by WRIC）

In 2011, Su Changlan disseminated information on the streets about missing children cases for WRIC.