Initiated by the Current Risk Committee: China and Women’s Rights Without Borders, more than 100 organizations including Women’s Rights in China jointly initiated an open letter to stop the CCP genocide campaign, calling on the U.S Olympic Committee to boycott the 2022 Beijing Olympic Games.

In 1936, the Olympic Games were held in Berlin, Germany. Predictably, they proved to be an enormous propaganda windfall for Adolf Hitler’s Third Reich, affording it unwarranted international prestige, legitimacy and credibility. Arguably, these benefits served as a smokescreen for the horrific crimes against humanity that the Nazi regime subsequently unleashed in its genocidal Holocaust against 6 million Jews and in the course of the world war Hitler precipitated.

Today, we are confronting another totalitarian regime actively engaging in, among crimes against humanity, another genocide. Yet, as of now, the U.S. Olympic Committee (USOC) and its international counterpart are preparing to enable the Chinese Communist Party (CCP) to receive and exploit a propaganda bonanza that will make what the Nazis enjoyed pale by comparison. That must not happen.

As you know, the United States government has determined that the CCP is genocidally oppressing millions of Uyghur Muslims and other ethnic minorities in the region of western China they call East Turkistan and the Chinese Communists have branded Xinjiang. At least one million of these victims are incarcerated in scores of concentration camps, some replete with crematoria, where they are being brainwashed, raped, forcibly aborted and sterilized, tortured, organ-harvested and forced to perform slave labor.  Is that acceptable to the U.S. Olympic Committee? Would your organization want to be associated with, let alone be seen as condoning, such barbaric behavior?

The U.S. government has prohibited the importation of cotton produced in East Turkistan lest American consumers unwittingly support the CCP’s slave labor practices. Western companies in China that are complying with this requirement – including some that are sponsors of the 2022 Beijing Olympics – are being punished by the Chinese government for such compliance. Does the U.S. Olympic Committee really want to side with China’s slave-masters?

That would especially be the case since the PRC has given no indication that it will abandon the genocidal oppression of Uyghurs and others, let alone dismantle the massive infrastructure used for this purpose. Rather, the CCP will no doubt exploit the “Genocide Games” as proof that the world is indifferent to, if not actually implicitly endorsing, its crimes against humanity.

If the Chinese Communist Party’s systematic oppression of those enslaved in its Captive Nations – including not only Uyghurs, but Tibetans, Southern Mongolians and the people of Hong Kong – were not bad enough, countless millions of Chinese citizens are also victims of the CCP. China employs the world’s most comprehensive state surveillance and a repressive “social credit system” to ensure their submission. Were a Beijing Olympics to occur next year, athletes, international staff and visitors would all be subjected to these invasive and coercive totalitarian techniques, as well.

In addition, Olympians would effectively be legitimating the CCP’s assiduous persecution of millions of religious believers. Millions of Chinese Christians, Tibetan Buddhists, Falun Gong practitioners and Muslims are among those who have been subjected to CCP imprisonment, torture and executions in the last several decades.

Then there is the matter of the Chinese Communist Party’s involuntary extraction of vital organs. Eminent international human rights experts have found that forced organ harvesting is taking place in the PRC on an industrial scale. It is estimated that hundreds of thousands of China’s own people, ethnic and religious minorities and prisoners of conscience have been murdered to profit the CCP. Is the U.S. Olympic Committee willing to associate with the perpetrators of these crimes?

The CCP is the perpetrator of the murderous One Child Policy, through which they have “prevented” 400 million lives through forced abortion, involuntary sterilization, forced contraception and infanticide. Because of son preference, tens of millions of baby girls have been selectively aborted. Forced abortion and sex-selective abortion continue in China under the Two Child Policy. There are now 30 to 40 million more men living in China than women, leading to rampant sex trafficking, forced marriage and sexual slavery. Is it fair to female athletes to force them to compete on Chinese soil, where females are rampantly subjected to the most violent forms of sexual violence?

Communist China is also guilty of unrivaled environmental predations, to the great detriment of both its own people’s health and safety and those of others downwind or downstream from, for example, the CCP’s toxic pollution, damning of rivers and devastating overfishing of international waters. Is your Committee prepared to ignore such irresponsible conduct, to say nothing of subjecting American athletes, USOC personnel and attendees to China’s potentially hazardous environmental conditions?

Finally, holding the 2022 Olympics in Beijing would amount to a vindication of the Chinese Communist Party’s efforts to avoid responsibility for the ongoing, murderous coronavirus pandemic that emanated from Wuhan and was then deliberately spread around the world, thanks to the PRC allowing international flights to continue after severely restricting domestic travel. Again, the question occurs: Does the USOC wish to be remembered as standing with the millions of American and other victims of the CCP virus or with those who unleashed it?

For all these reasons, we – the undersigned members of the Committee on the Present Danger: China and leaders of the international human rights community who also stand against the Chinese Communists’ ongoing genocide and other crimes – call upon the U.S. Olympic Committee to lead an urgent international effort to relocate the 2022 Winter Games to another venue in this country or elsewhere, providing a “Freedom Olympics” alternative to the “Genocide Olympics.” Failing that, you are on notice that we will bend every effort to boycott the Games.

We remind you that the 2020 Olympic Charter states: “The goal of Olympism is to place sport at the service of the harmonious development of humankind, with a view to promoting a peaceful society concerned with the preservation of human dignity.”  Honoring arguably the greatest human rights abuser in the world with the privilege of hosting the Olympics runs directly counter to the Olympic Charter. Holding the Games in Beijing does a tremendous disservice to athletes, who do not want their desire to prove themselves the world’s best to be put in the service of the world’s worst oppressors.

Moreover, under the 1948 Convention on the Prevention and Punishment of Genocide, to which both China and the United States are parties, the official designation of CCP genocide by the U.S. government requires that we “punish” the offending regime. Specifically, Article 1 of that binding international treaty states: “The Contracting Parties confirm that genocide, whether committed in time of peace or in time of war, is a crime under international law which they undertake to prevent and to punish.”

We are, therefore, obliged at a minimum not to reward the Chinese Communist Party with hosting perhaps the most prestigious international event in the world. Instead, we should recognize the CCP as the Transnational Criminal Organization it is and treat it accordingly.

Please advise us at the earliest possible moment whether you and the rest of the U.S. Olympic Committee will stand with us or with the genocidal Chinese Communist Party.  If we do not hear within ten days of the date of this letter that you are pressing the IOC to move the Games, we will press for a boycott. 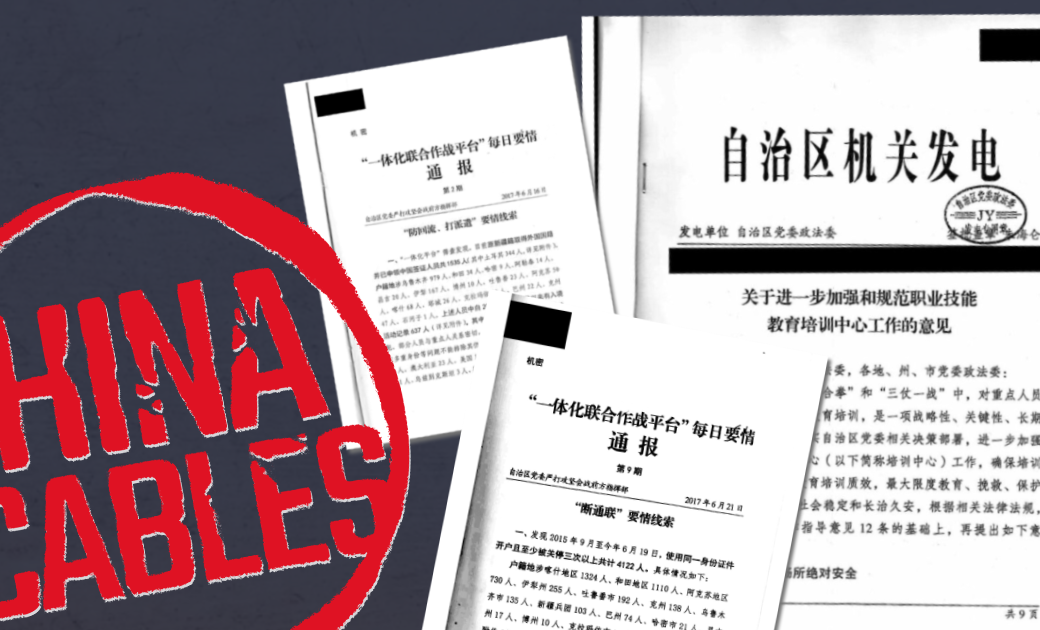