HKJA: Hong Kong’s Freedom of the Press Situation is “The Darkest Decades”

Hong Kong Journalist Association said journalists generally believe there is a limited freedom of the press.

Hong Kong Reporter Association’s “2014 Annual Report of Freedom of Expression” said, in the past year, there was a significant deterioration in Hong Kong’s freedom of the press, and has been caught in the “darkest decades”.

Hong Kong Journalist Association on Sunday (July 6) published a report that pointed out in “Ming Pao” former editor Liu was attacked, Li Huiling was dismissed from business, commercial, radio, and talk shows, and “Apple Daily” and “am730” was deprived of advertising events, which shows that Hong Kong media was “suffering pressure from all sides”.

Hong Kong Journalist Association believes that with the friction between Hong Kong and Beijing increasing, Hong Kong’s press freedom will be further narrowed.

The report also criticized the government, in the past year, for information gradually becoming more private with official sites having a closed-door “briefings” in replacement of news conferences so they can avoid the media reporter’s questionings.

Hong Kong Journalist Association’s Freedom of the Press team member Mai Yanting said, “Financial Secretary Ceng Junhua has talked in a blog post that Hong Kong will likely face financial deficits. Important information should not be written behind the computer screen, but should be clearly explained in a press conference.”

The Government countered that each department has committed to the dissemination of information through various channels, to increase transparency, every major policies or measures are introduced timely. 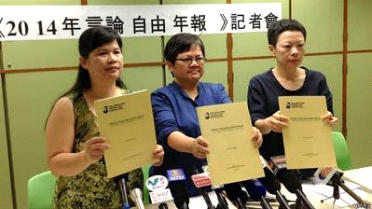 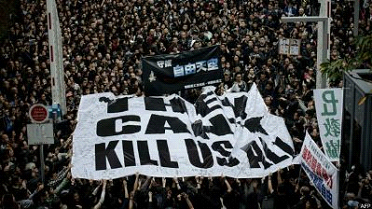