January 21, 2017 is the most unforgettable day for American women, a common wish that linked more than 1 million women’s hearts. On the day after Donald Trump was announced as the 45th US president, WRIC joined the demonstrations of Women’s March on Washington. The slogan of “Human rights is Women rights” has been widely used. The appeal has anti-sexual harassment, including the protection of workers, people with disabilities, immigrants, and LGBT’s rights. Women’s Rights in China’s banners include anti-racism, anti-racism, etc. One of the banner was based on a picture of a tankman, emphasizing the Tiananmen massacre. The survivor of the Tiananmen Square held this banner to told people how Donald Trump supported the Communist Party of China who shot and killed the students and the people.

At 7:00 am local time on January 21, we took a subway to Washington, DC. The subway was crowded with people, 80 percent of them were women. Young people, children, babies, elderly and even many people with disabilities came to protest too. Some people made their own slogans, such as “My body, My choose”. Many people chose to protest Donald Trump’s degrading remarks towards women by wearing Women’s March T-shirt, or wearing “Pussy Hat” which are pink Cat caps. 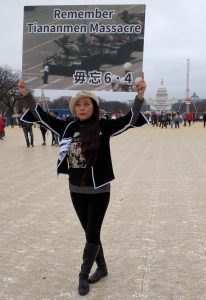 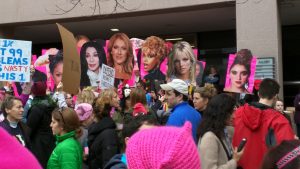 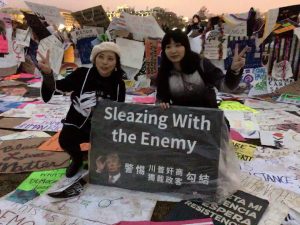 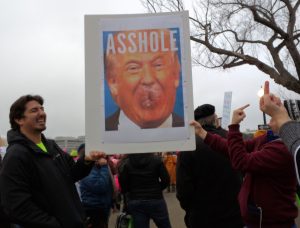 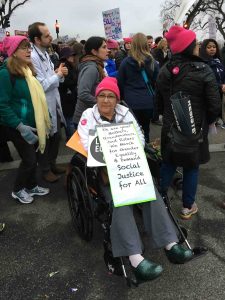 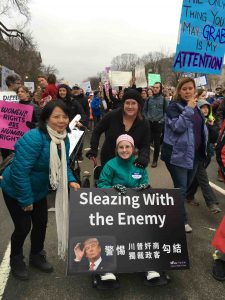 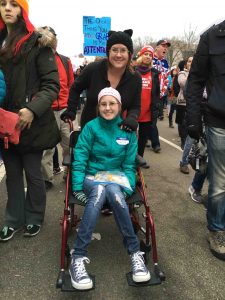 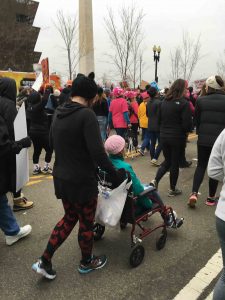 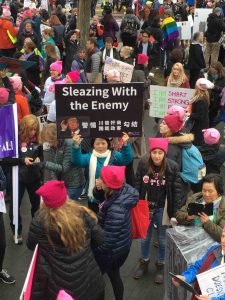 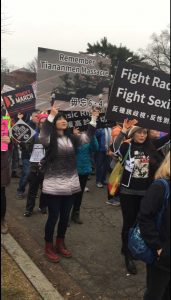 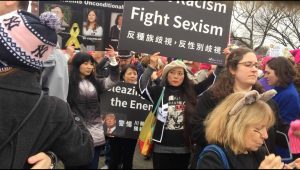 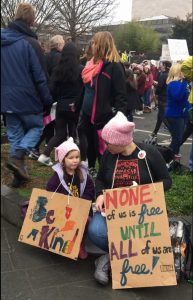 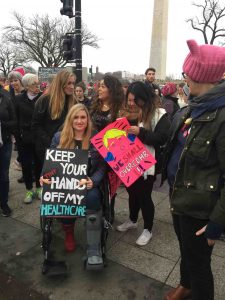 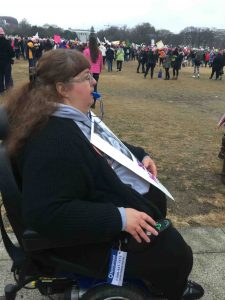 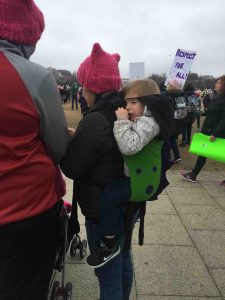 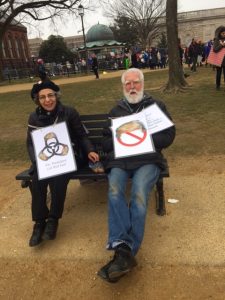 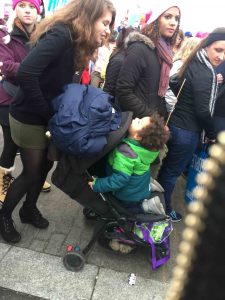 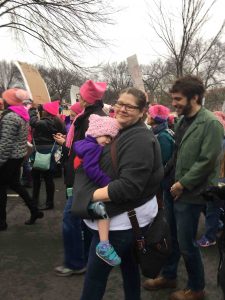 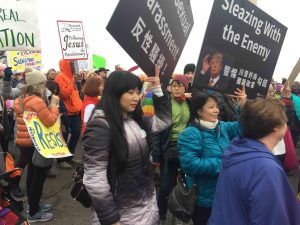 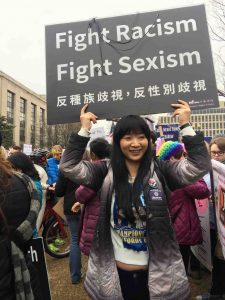 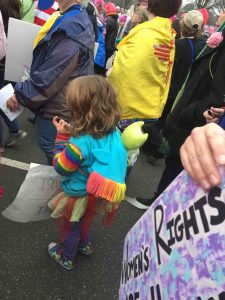 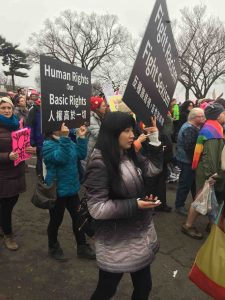 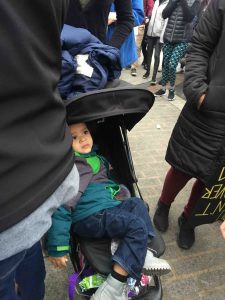 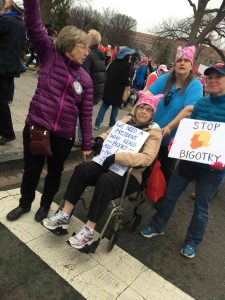 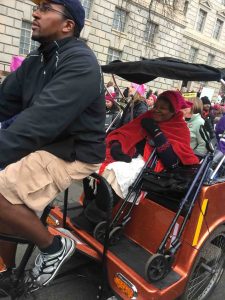