The blind Chinese human-rights activist Chen Guangcheng, who escaped from house arrest on April 22, who may be under the protection of the U.S. Embassy, was initially detained for exposing the massive abuse of Chinese women under China’s one-child policy. His documentation of forced sterilizations and abortions landed him in jail for four years, followed by a year and a half of house arrest. His daring escape has now triggered renewed attacks on organizations engaged in helping Chinese women to keep and feed their infants.

Since April 28, the Family Planning Commission of Susong County in China’s Anhui province has been harassing families of pregnant women and infants who have received aid from a charities that help rural families raise infant girls. Often the girl is a second child, which is in violation of China’s one-child policy. 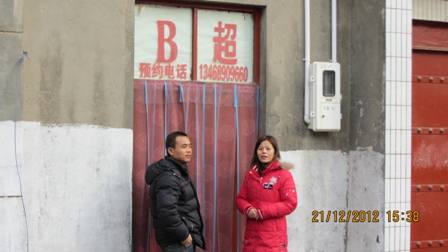 WRIC volunteers rescued from forced abortion out of the little girl Lele 2013, in Anhui.  (photos by WRIC)

PRC government agents have issued heavy fines to families for over-quota births and have threatened forced abortion for mothers with “illegal” pregnancies. Li Bin, the former chairman of the National Population and Family Planning Commission, is the current governor of Anhui province.

The offending charity is the Rural Chinese Infant Assistance Program, which has grown in response to the severe gender imbalance among newborns. Allowed only one child, many parents abort their female children or stop trying to conceive after the birth of a boy. The Infant Assistance Program aims to elevate the cultural value of infant girls through direct aid, without any conditions, to their families. Several hundred families have benefited in Susong County alone. Rural families have welcomed the program enthusiastically.

Since Chen Guangcheng’s escape, the high-profile persecution initiated by the Susong Family Planning Commission has created panic among benefiting families and their communities. Many lives are directly threatened. Government agents have announced that any family with an “illegal” birth will face a fine of 50,000 yuan  ($7,700, about ten times China’s annual per capita income). Any woman found to be pregnant “illegally” — without a birth permit — will face a forced abortion.

Family Planning agents have also threatened to take action against volunteers and employees of the Infant Assistance Program if they do not cooperate with the authorities by turning over all material related to the program.

In the 30 years of the brutal one-child policy, hundreds of millions of infants have been killed. This has led to serious social problems that are now obvious — not only the gender imbalance, but also the aging of the general population. Regardless, the PRC government forges ahead with its notoriously inhumane policy.

The Susong Family Planning Commission’s persecution of the Infant Assistance Program should outrage observers in China and abroad.

The organization I head, Women’s Rights in China, demands that the Susong Family Planning Commission immediately stop all harassment of the Infant Assistance Program; cease threats and fines against volunteers and families who are beneficiaries; and treat “Harmonious Society and People First” as a principle and not just a Party slogan. We call on Family Planning agents to listen to their own consciences and to heed the outcry from the Chinese and international public.

As long as the Susong Family Planning Commission continues to persecute the Infant Assistance Program’s volunteers, pregnant women, and the families of baby girls, Women’s Rights in China will raise its voice to condemn it in the media and to take legal action against all responsible officials.