Big Time of Hong Kong: The Synchronize Step in Democracy and Feminism 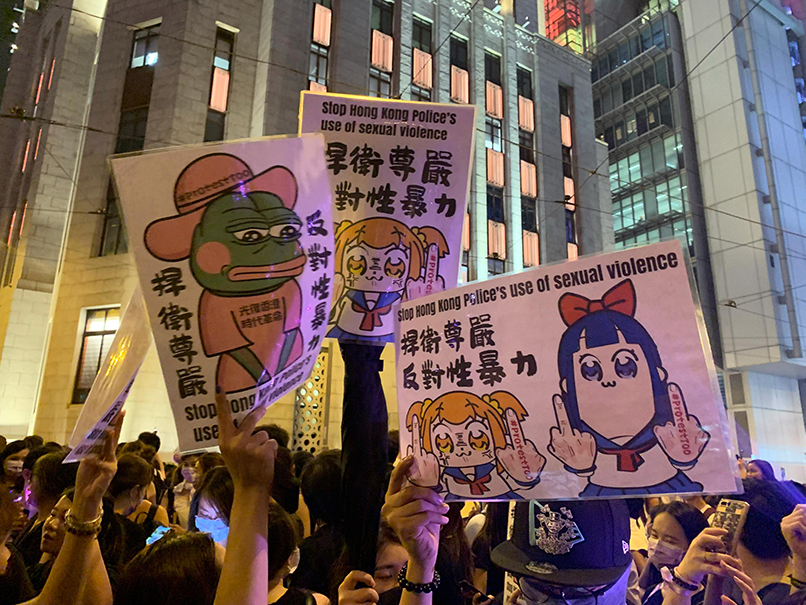 “#metoo assemblage @ Anti-Extradition Law” had happened in August in the year 2019, which organized by Association Concerning Sexual Violence Against Women (ACSVAW). The organizer said that there are more than 30,000 people participated in the #metoo assemblage to protest against police sexual violence.

Since the protest events of the Anti-Extradition Law had existed in Hong Kong for a year, lots of protestors stated that they become to the victims of sexual violence from the Hong Kong police force in the process of protest. 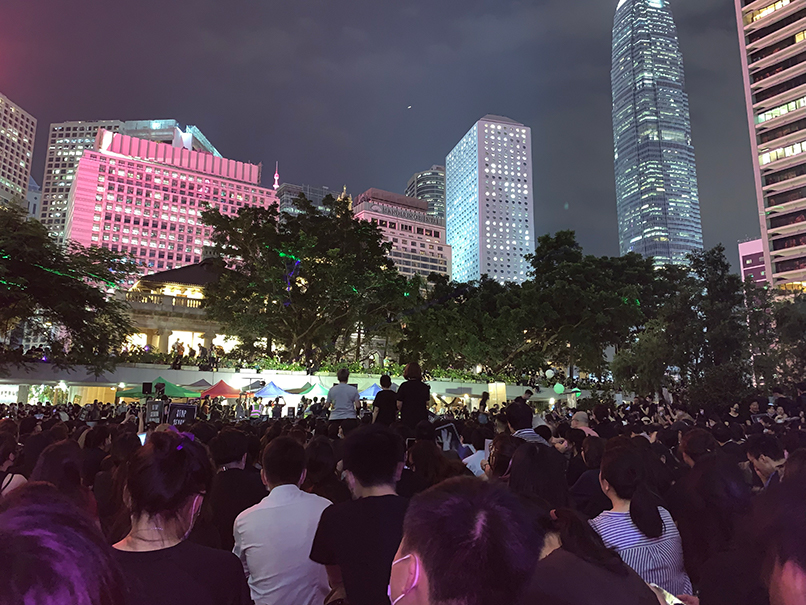 Therefore, ACSVAW had organized the ‘#ProtestToo’ assemblage with the theme ‘ENFORCE LAW IN NAME; INSULT US IN TRUTH’  in the Chater Garden, Central. It aims to emphasize the complaints about sexual violence by the Hong Kong police force and protect the Hongkongers’ esteem.

The sponsor said they welcome everyone to join the event, meanwhile, they also appeal the participants come to the assemblage with black dressed and paint ‘#ProtestToo’ on their arm by lipsticks.

At 7 o’clock in the evening, protestors in black dressed had already gathered in Chater Garden. The staffs of this assemblage have distributed the purple ribbons, purple masks and purple cellophane to participants at the entrance.

Before the rally began, the entire Chater Garden was filled with crowds; the entrance was blocked. Later, crowds swarmed to the nearby Jackson Road and Chater Road, as well as the tramway and some traffic lanes. At the same time, there were still a large number of people going to the meeting venue at the subway station.

Linda S. Y. Wong, the spokesperson of ACSVAW, had announced a statement, which strongly denounced the Hong Kong police had the excessive military force and sexual violence against demonstrators and citizens during the enforcement.

Wong reprimanded the police for abusing their public powers; to use sexual violence as a tool of intimidation in an attempt, which aims to deter women to speak out through the wanton humiliation of women’s bodies.

John, a 39-year-old male civil servant, came to the rally after finishing work. He felt very shocked when he was watching the news that the police had abused the women during the arrest. For example, in the arresting process of a female citizen in Tsim Sha Tsui, the polices put their hands on sensitive parts of her, and a female protester had been lifted and carried out of the protest zone by police.

It is worth to mention that the police caused this female protester’s skirts to fall off and become naked in the dispersing process. John said he was shame on the Hong Kong police on the sexual violence on the female.

Meanwhile, he thinks that the story of the people who had been arrested in San Uk Ling Holding Centre is shocking. Among the 54 arrested person, 31 of them need to be sent to the hospital and 6 have broken their bones. In addition, the arrested people had not to be allowed to meet their lawyers.

“The foundation of Hong Kong basic law has been deeply damaged,” said John. After the sexual violence by the police force, he would rather believe in the demonstrators than the police.