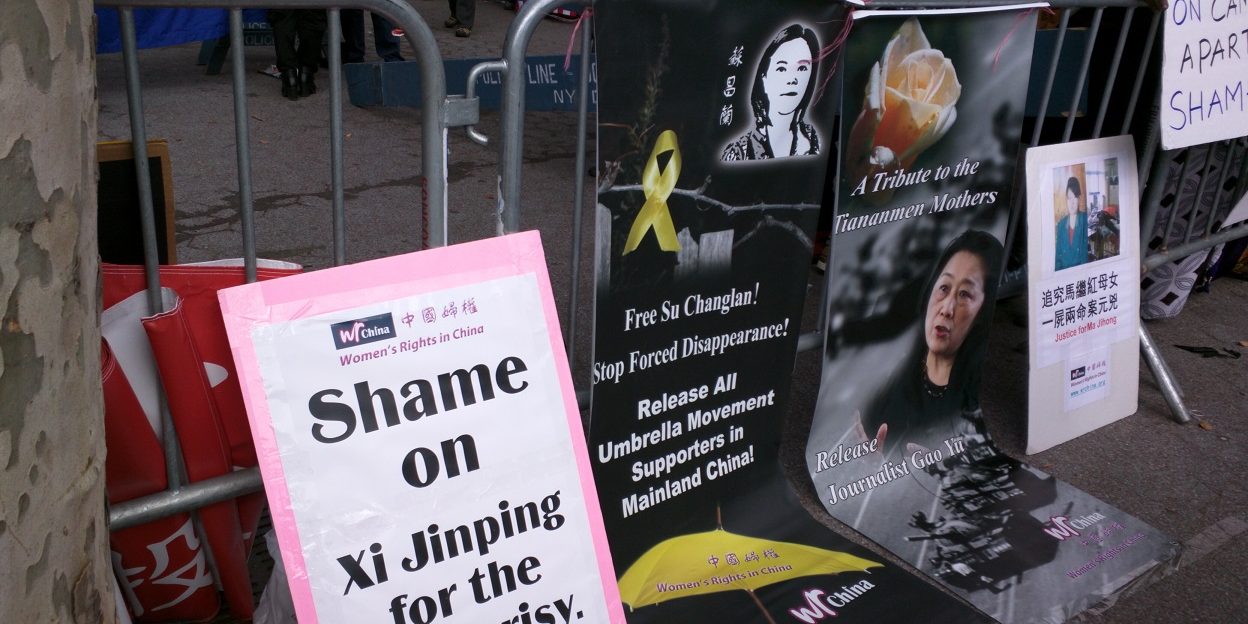 Since becoming President of China, Xi Jinping has cruelly oppressed NGOs, including feminist organizations. A large number of NGO offices have been “investigated” and have lost documents due to confiscation. Many were closed down. A group of feminists, including The Five Sisters, have been unlawfully detained. Female journalist Gao Yu, who is already 70 years old, was also given a charge and put into jail. She was prohibited to seek medical attention outside, an inhumane act considering her serious illness and old age. Su Chanlan, volunteer of Women’s Rights in China (WRIC), just helped Chinese women and children and took part in anti-trafficking activities, but was arrested for “subverting state power” and imprisoned. Many rights-defending lawyers and staff, including female attorney Wang Yu, faced unprecedented oppression, and was hauled into jail one after another.

Xi Jinping’s disrespect for women has reached a “peak”. In 2013, he gave a new guideline for the All-women’s Federation, demanding it to serve the Party: women should actively take on the responsibility for sustaining “family morals” and harmony, not mentioning a word on Chinese women’s effort in fighting for equality and status in the past hundred years.

From the recent acts of Xi’s government, we can see that feminism will not undergo true development in his era. Instead, it will regress to a hundred years in time.

US president candidate Hilary Clinton wrote on her official twitter page: Xi hosting a meeting on women’s rights at the UN while persecuting feminists? Shameless.”

Xi’s speech at the UN was “cold inside and hot outside”: there were only a few people in the audience, while the protests outside were heated. WRIC joined the protest, pointing out that Xi was a hypocrite. 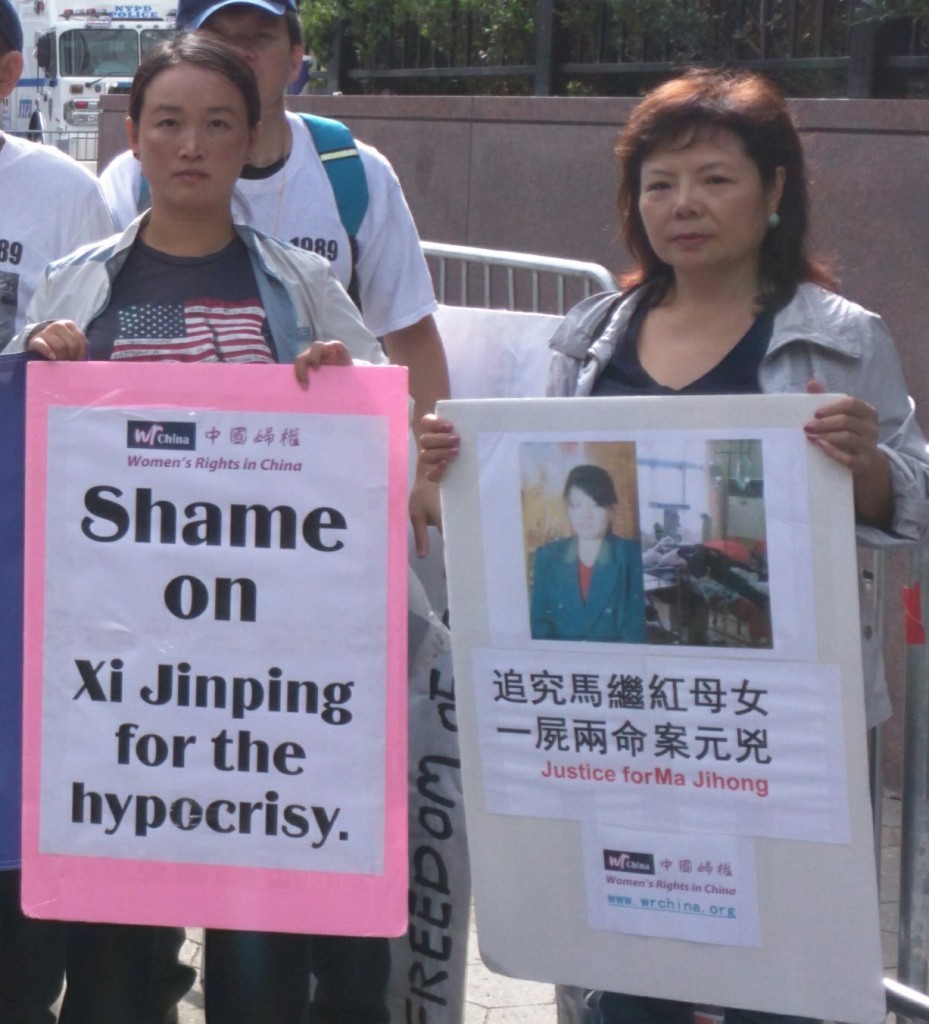 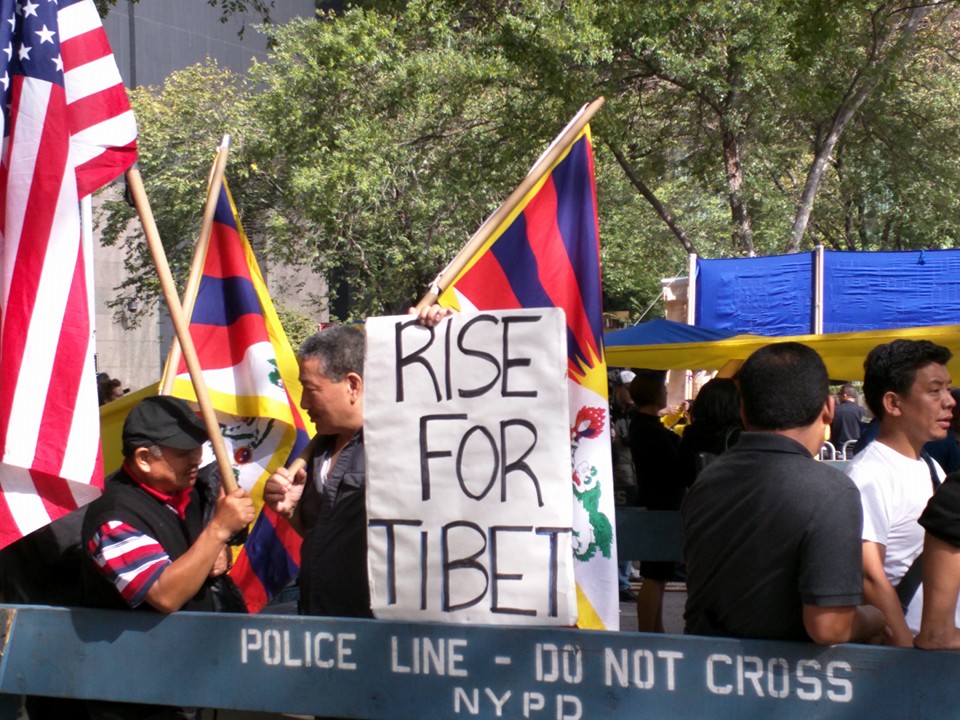 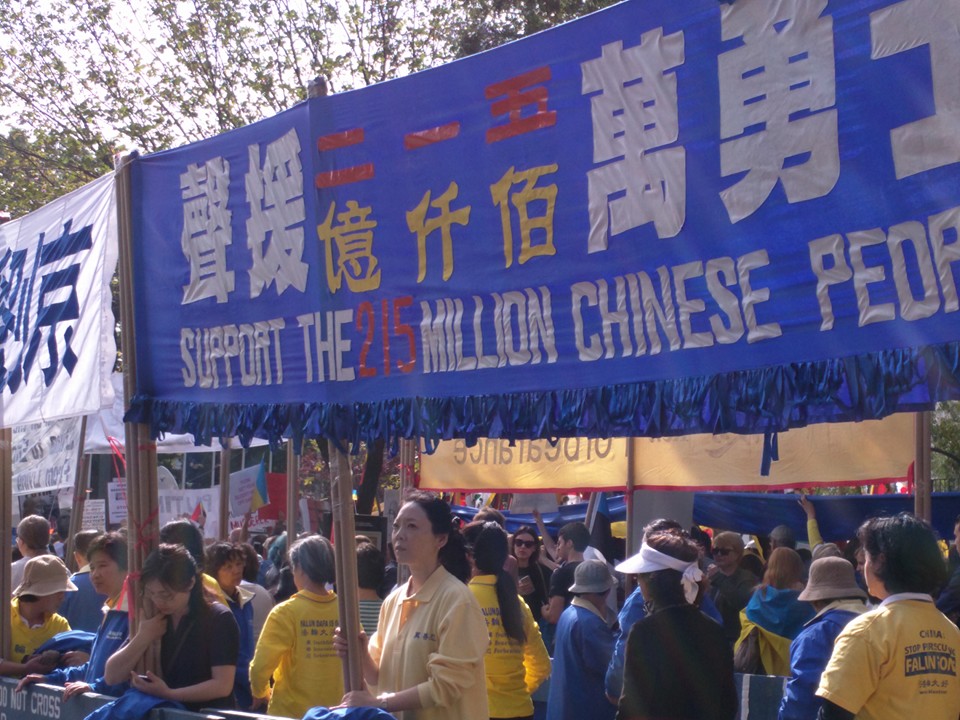 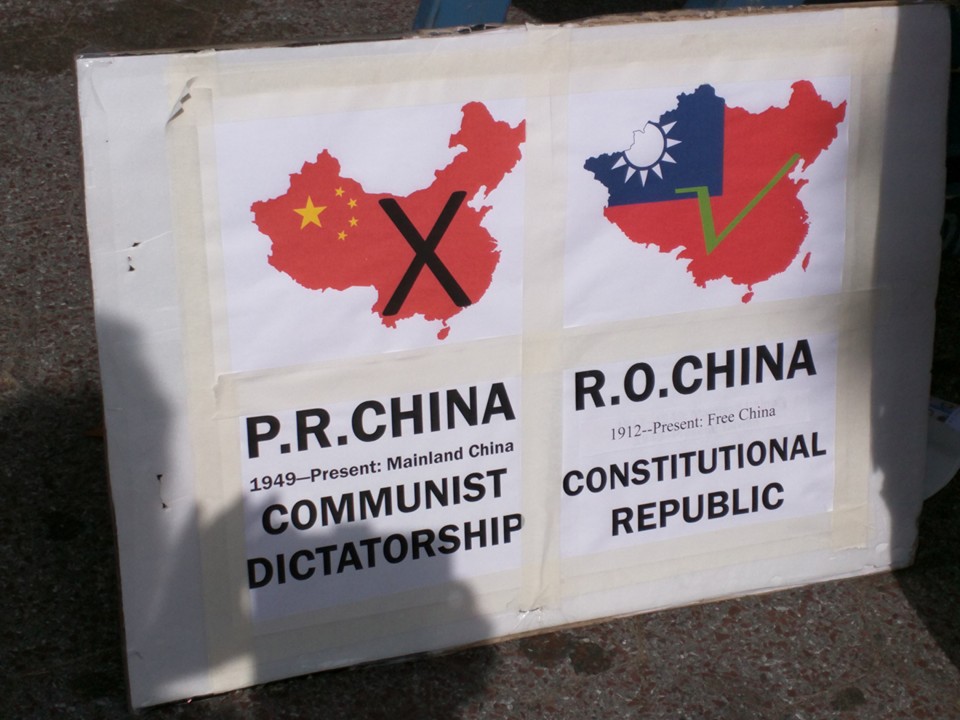 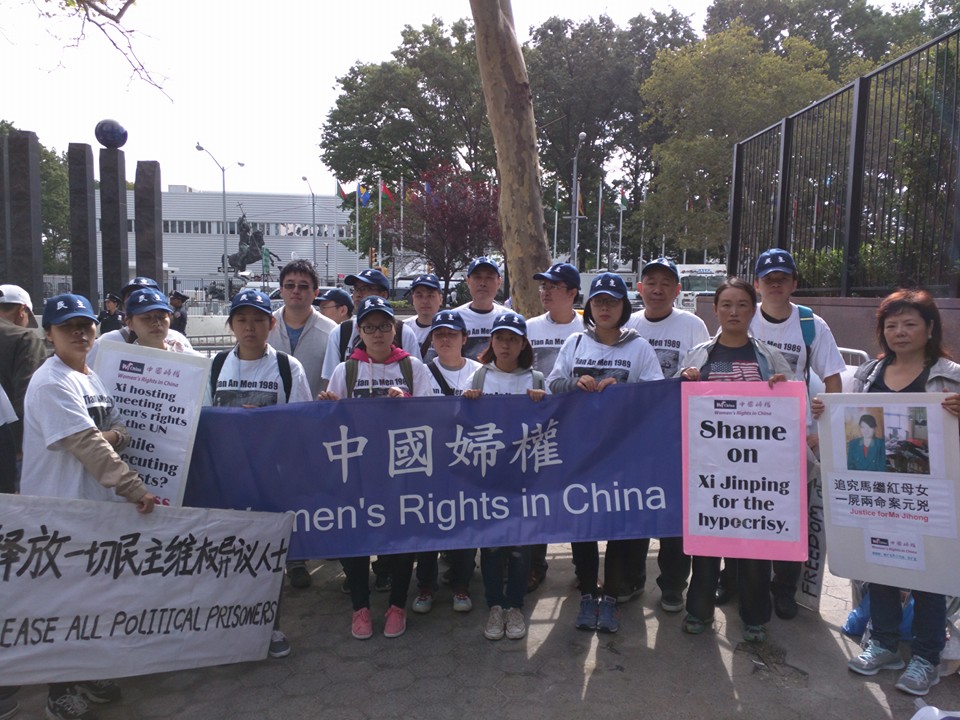 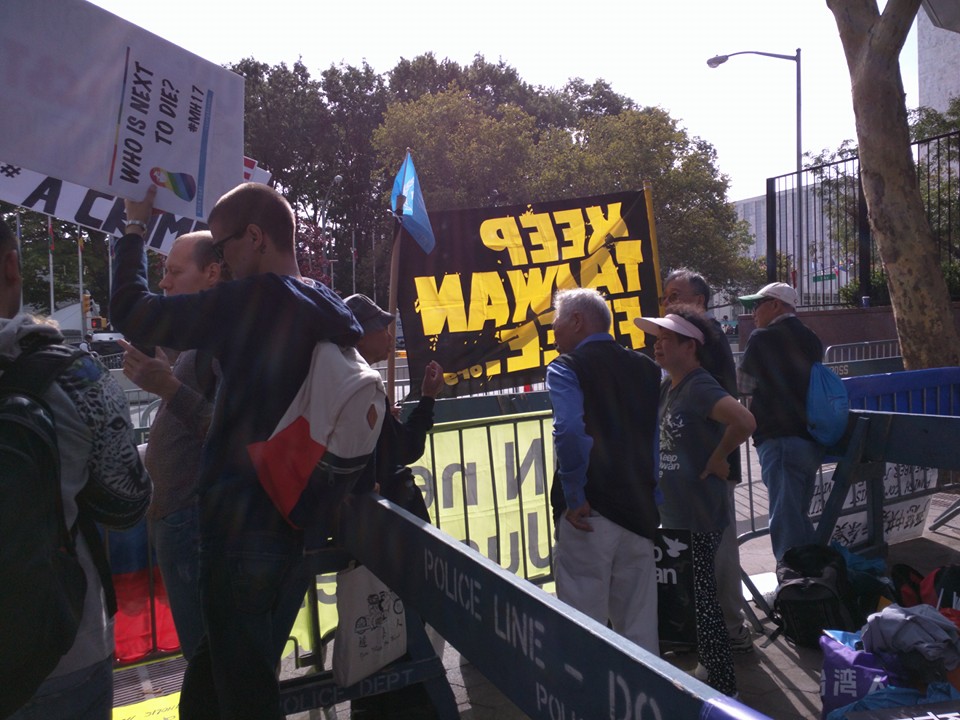