The Chinese Communist Party’s announced a new policy in which couples with a only child will be allowed to have two children at the end of the Third Plenary Session in November 2013 drew immense coverage from both domestic and international media. The new policy stipulates that married couples in which one member with an only child will be allowed to raise two children. Many believe that it’s a sign that implementations of the 34-year-old family planning policy have been relaxed, and that it will benefit city-dwellers who wish to raise a second child. On the surface, the new policy isn’t targeted at any special demographic but the reality is that this “fine-tuning” does not benefit three large groups of people: most of the ≈900 million-strong rural population, as well as ethnic minorities in distant regions. The benefits of the new policy don’t affect them practically. Furthermore, the authorities aren’t reviewing the effects of the human rights disaster on women, girls, and families that the 34 years of the one-child policy have brought on them. It is especially unfair to the majority of women.

China’s rural villages have a large amount of land but few people. Their levels of education fall behind urban regions, their economy is impoverished, and government investment ranges from little to none. As a result, the history of the family planning policy in rural villages is different from the cities. Even during the 80s, when enforcement of the policy was at its strictest, rural couples that gave birth to a girl could wait a period of time (often 3-5 years) and have a second child. Because of misogynistic cultural attitudes, rural families would often take any opportunity to have more than one child. They were willing to endure arrests, the confiscation of assets, immense fines, forced abortions, and other threats. These “societal raising fees” (in reality, fines) charged for “illegal” births became a key source of revenue for local authorities. In 2013, 14 women lawyers jointly requested each province to publicly share how these “fees” were used. According to incomplete estimates, “societal raising fees” amounted to over 20 billion RMB nation-wide. Clearly, the rural population of China (over 70% of the entire population) must be paying the bulk of these “societal raising fees.” Those rural children who grew up after the 70s and 80s, and whose parents paid immense fines to the government for, are now an affordable, yet quality labor force in China. Factories and “dirty” industries have imported many of them to work in the cities, where they have become a major pillar of labor for the Chinese economy.

The night of August 5, 2011, near Yiwu labor market, many migrant workers on the streets. (Images from Shenyang)

However, local authorities have not treated these rural workers and their children well. One case in particular serves as a good example of the living conditions of the rural workers’ families. In November 2013, five boys aged 9 to 13 from rural workers’ families in Guizhou’s region Bijie, traveled from their home far away to the city to look for food and fun. Their parents were away, and at night they gathered around a large dumpster in the alley for warmth. The bodies of the five children were discovered on the morning of the 16th. Three of them were ineligible for hukou (registered residences) as they were “excessive births.” These children of rural workers had never received any benefits from society or care from the government. WRIC volunteer Li Yuanlong took the lead in investigating and exposing this sad case to the media. However, he was heavily pressured and threatened by local authorities as a result.

Six children found hiding in the trash to keep warm in Bijie。Five out of the six were suffocated by lack of oxygen in the closed dumpster.（Photo by WRIC 2013）

Starving Bijie children left in the countryside.（Photo by WRIC 2012）

Around 2011, several local governments made a big push to hire “special position workers” for birth control. They were specially hired to deal with various illegal pregnancies and births, and to enforce forcible abortions, 结扎?, and other tasks. From WRIC’s understanding, 4600 “birth control special position workers” were hired in Bijie City in Guizhou province in the year 2012 alone. Awards [and compensation] were given to these special workers just like other cadres working in birth control. The amount of “societal raising fees” were used to determine the size of the awards and served as the salaries for the special workers. It’s still a mystery as to why neither the central nor local governments have ever released reports and details on expenses related to birth control.

Due to the aforementioned geographic, cultural, and strategic factors, rural folk rarely encounter the problems of having just one child. Logically speaking, rural folk have already paid a heavy price for having more children, but have never received the equivalent benefits afforded to urban-dwellers. The Chinese Communist Party’s new policy completely overlooks the practical needs of rural folk, nor does it allow them to share in the policy’s benefits. The policy’s benefits are for urban-dwellers. Only an allowance of three children would have practical significance for people living in rural villages. Furthermore, eliminating heavy fines would not only reduce the burden for rural folk but also demonstrate the government’s humanity, and eliminate the important problem of the imbalanced human sex ratio. The imbalanced sex ratio isn’t obvious in the cities, but it is alarming in rural areas. According to surveys conducted by WRIC, four villages Wanhe county Suizhou, Hubei had a male-female sex ratio in live births of 100:190 in 2010. Some scholars have warned, not without evidence, that China could have 100 million men unable to find spouses in 2050.

It could be said that the new “Only-child, Second Birth” policy that authorities have unveiled is a policy that is unfair and prejudicial to rural citizens. 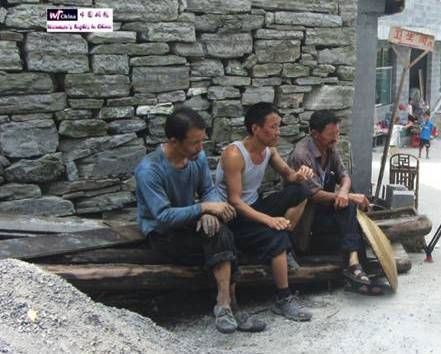 (L)  The Bachelors of Fenghuang County in Hunan,China.   (Photo by WRIC Yao Cheng)

Neither did the new policy take into consideration the interests of ethnic minorities in remote areas. Past Family Planning Policies always differed between Han and minority ethnicities, who were usually allowed to have two children. Other than the expansiveness and sparse population density of minority areas, the other reason for the policy difference was the low levels of medical care that led to high infant mortality in these ethnicities. For example, in Tibet, infant mortality had been reported to have “dropped” to 21.15‰, according to Xinhua News Agency’s March 27th, 2010 report. Statistics from the Ministry of Health showed that recent national infant mortality was 13.2‰. It was 9‰ in Taiwan, 1.8‰ in Hong Kong. For Tibetans, clearly even the two child quota was not nearly enough. How much did the government contribute in 50 years to the health and protection of Tibetan women and children? Why was Tibet’s infant mortality rate so much higher than Han areas? This was not only a problem for Tibetans but other ethnic minorities as well. A people with low population numbers to begin with, lacking medicine and medical care, living in poverty, faced the threat of annihilation. The “micro adjustment” of the Central Committee did not extend to ethnic minority areas. Its benefits did not extend to minorities as they did the Han. Minorities were left out in the cold in the same way as the farmers.

A priority of China’s population policy ought to be the relaxation of birth control over minorities, comprehensive improvements of their health care and aid programs, allowing minorities to enjoy the same levels of health care, education and other social welfare as the Han ethnicity, to limit minority infant mortality to reasonable range, even if it is impossible to compare to Taiwan or Hong Kong, at least in line with Han infant mortality rate. The protection of ethnic minority population, culture and traditions, maintaining and balancing economic development, prohibiting exploitative extraction from minority areas, is also an important signifier of a country’s civilization level.

Women were the main victims of the Family Planning Policy during its implementation over the decades. Scholars pointed out from the Ministry of Health’s 2010 Statistical Compilation that from 1971 to 2009, 350 million abortion operations took place in China. In 1971 Population Control became a experimental national policy. It was written into the Constitution in 1975. The One Child Policy began in 1979. Around 2010, statistics related to Population Control became national secrets. All true information was seals. The facts showed that 350 million women were forced by the Population Control National Policy to undergo abortion, many of them suffered post-operation infections, misdiagnoses and malpractice that resulted in disabilities and death. Many were detained in “Population Education Camps” and tortured. Children were “confiscated” for illegal birth fines. In 2012, Feng Jianmei was forced to abort her child in a case that garnered international attention. WRIC reported Cao Ruyi’s escape while in pregnancy. Nie Lina was kidnapped while heavily expectant. Farmers Zhang Ronghua and Ma Jihong both died in the operating room during abortion operations. Inhumane Forced abortions, sterilization and collection of heavy fines still threatened the mental and physical health of Chinese women. 50 years ago, the Chinese government demanded more population, “More People Means Greater Strength”. Women were encouraged to have large families. The average per family was five children. Poor children were forced to pick food from garbage. 30 years ago, the government mandated that one family could only have one child. Women were driven like cattle into operating rooms for forced abortions and forced sterilizations, through unimaginable humiliation. Chinese women completely lost control of their bodies. Their reproductive system was under total control of the Party. Independent scholars estimate that the number of women who had died from forced abortions was above 100,000. Even more suffered psychological illness post-operation. Millions suffered aftereffects of these operations. 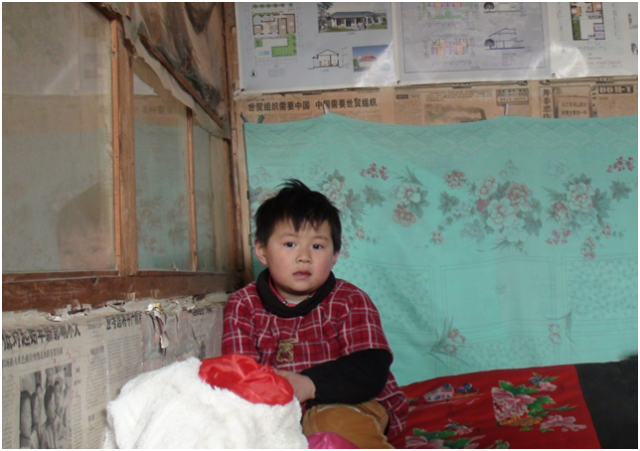 Ma Jihong of Lijin  County, Shandong  Province, was  kidnapped in the fields by  Family  Planning agents while she was  seven  months pregnant. Mother  and baby died in  the operating  room. Ma’s husband and five-   year-old daughter. 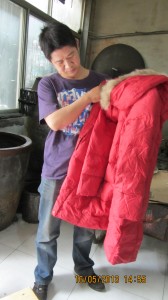 The “micro-adjustment” of the Chinese government did not return control over their own bodies to Chinese women, did not compensate victimized women, did not provide safeguards or remedies to existing and ongoing injustices against Chinese women. The current government’s crimes could not be covered up by this “micro” new policy. Many experts have pointed out that the “Two only-children couple allowed to have two children” policy could not address the population aging problem. I might add that a social policy that did not respect universal human rights, could not stand up to historical examination, and would eventually bring ruin to the population and society. Only total abolition of the Family Planning Policy, putting an end to forced abortions, sterilizations and heavy fines would return control of their bodies to women. Only an open population policy could reflect genuine humane care befitting a civilized country. Reducing military expenditure, balancing regional economic development, alleviating ethnic minority poverty levels, building infrastructure in rural areas, guaranteeing equal welfare to farmers comparable to urban dwellers to enable them to be productive in the vast countryside and reducing urban crowding were sustainable methods to improve society.