The Double Persecution of Li: the Travails of a Chinese woman who gave birth to a girl 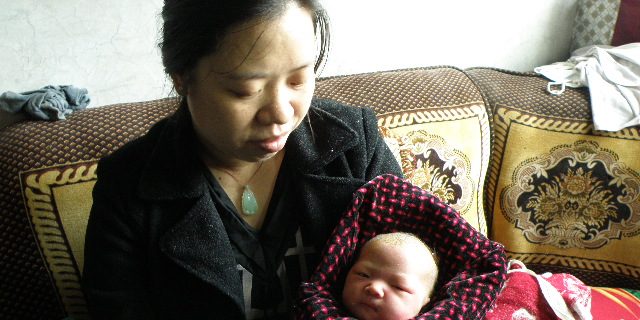 Li’s husband wanted a son. He already had two daughters.  He asked his wife to try one more time, illegally, to bear a son.  She was determined to give the family a boy who could carry the family name forward.

Li u’s first daughter was six, the second one four and half. As Gu related to WRIC fieldworkers during an interview late in her pregnancy, her in-laws already despised her because of the two daughters.When Li went for her ultrasound accompanied by her husband, she found that the couple in line before their own appointment had aborted their 5 month old baby because she was a girl. There, it was revealed that Li was carrying a girl.  Li’s husband was more understanding then. He didn’t show visible displeasure or force her to have an abortion like the other couple 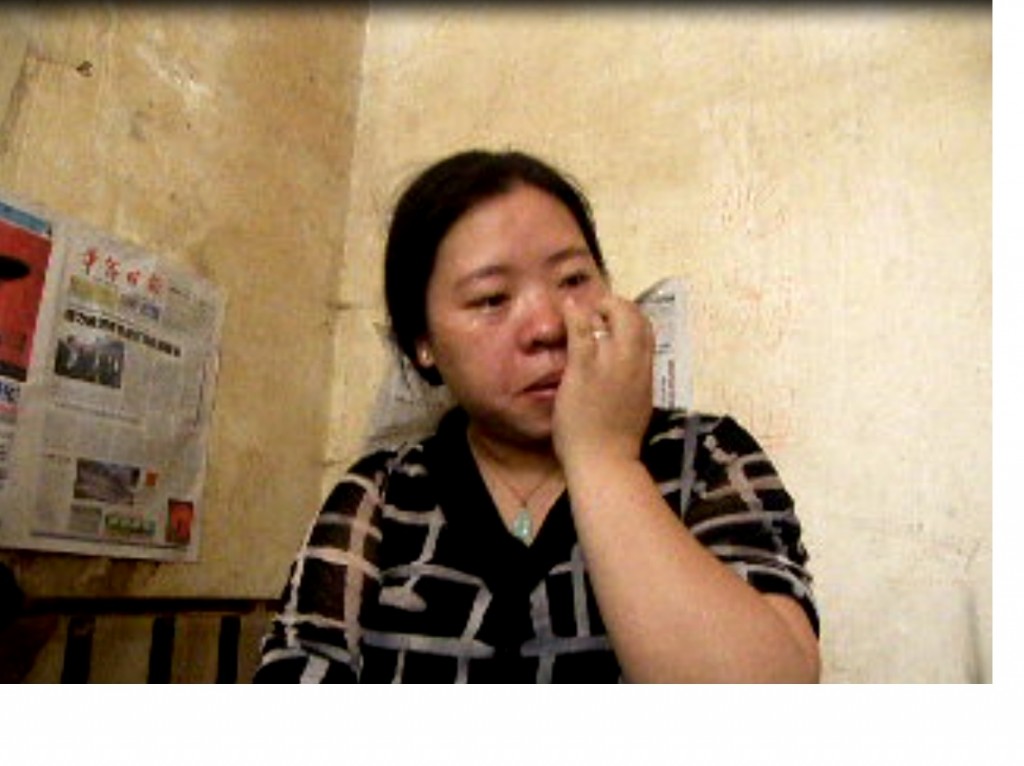 Immediately following the ultrasound exam, Li’s mother-in-law demanded that she have an abortion. Despite Li’s pleas, the in-laws forced her out of the family dwelling and disowned her in public. Pregnant and without options, Li returned to her parents Li ‘s mother, perhaps to save some face for future reconciliation, defended her mother-in-law to WRIC volunteers somewhat, and explained that her husband’s family was also very poor. They discriminated against girls but didn’t kick her out.

As WRIC volunteers’ s photos and videos showed, Li ‘s living condition at her parents’ place was makeshift. She had little bedding and almost no furniture. The house was already damp and dark. To avoid any passerby’s seeing her and informing authorities, the curtains were drawn all day. When it rained, the water streamed from the roof along several walls to form puddles in the corners of the floor. She had lived in this almost total darkness for several months. All activity in such cramped space turned her life into a jail sentence. Her husband had never visited since her move. Nor did he send any food or supplies. All of Li’s needs fell therefore on her mother. Li counted herself lucky that during this pregnancy she never had any serious illness that would require hospitalization. Otherwise, she said, it would be either dying in her tiny prison or getting dragged by government officers from the local Birth Control Office for an abortion. At this point of the interview with WRIC, Li broke down to tears.

WRIC volunteers asked Li u if she had enough supplies for the baby such as clothing and formulas. She said that since conditions were bad and resources few, there wouldn’t be too much special preparation. The clothes of the two older ones were still around, just needed a wash. As for food, she would have to make do with what her family had. Li ‘s mother added, however, that difficult as it was financially, the family would at least buy a chicken to supplement her diet. Li’s family lived close to the local Birth Planning Office. She  could not risk hospital prenatal exams and lived in fear that any  moment she would be arrested by government agents for a  forced abortion. Neither was there enough money to hide out in  another city. WRIC volunteers discussed with her other options  farther away from the Birth Control Office and relatively safer.

We concluded that the most secure option that ensured a  successful birth was to move around and only rush to the  hospital in a hired car at the last moment. Several years ago,  some doctors without moral scruples would sell out expectant  women to agents for money. This behavior had diminished  somewhat lately due to the government’s “Stability above all  else” policy (forced abortions and heavy fines had touched off  mass riots in several provinces). Perversely, the government  Birth Control Bureaus actually benefit from “illegal” births since  they could impose heavy fines at will. However, constant shifting  of address was still an essential strategy to avoid extremely late  forced abortions just in case.

Li ‘s pregnancy continued after the interview. On  September 7th, she gave birth to a healthy girl. Two days  later,  WRIC volunteers visited Haizijie again. By this time Gu  had  moved to her uncle’s house with better safety and living  conditions. The baby weighed eight pounds and had already  been named Yao Siqi. Li and her husband, who was present at  this interview, had decided that after the third daughter, they did  not plan on having any more children and would instead devote  all their energy to their three daughters.

Li’s husband related that on List 18th, Haizijie Birth  Control Office fined him 4000 yuan. At first, the agents    threatened him with 10,000 yuan a day in fines if Li did not submit to an abortion procedure in three days. After his persistent pleading and bargaining, with some favors called in by friends and relatives, the temporary reprieve only cost 4000. But the receipt required Li to present herself at the Birth Control Station on List 20th for a tube ligation operation (in the ninth month of her pregnancy!) or else suffer the consequences by themselves.

While they were happy with the arrival of their new born baby, the government’s “or else” on a procedure with which they could not possibly comply made Li and her husband shudder. Looking ahead, “maneuvering” with the Birth Control bureaucracy loomed more difficult and much more menacing than the challenge of raising their three children.

WRIC volunteers delivered some emergency aid and expressed our commitment to advocate for Li ‘s behalf.