You are here:
Anti-KidnappingChild Brides

On 28 August 2013, Swiss National Television went to Hefei, a city in Anhui province, for an exclusive interview with Yao Cheng, a WRIC volunteer who campaigns for women and children’s rights. They also interviewed a child bride, originally from Putien city in Fujian province, who was working in Hefei. 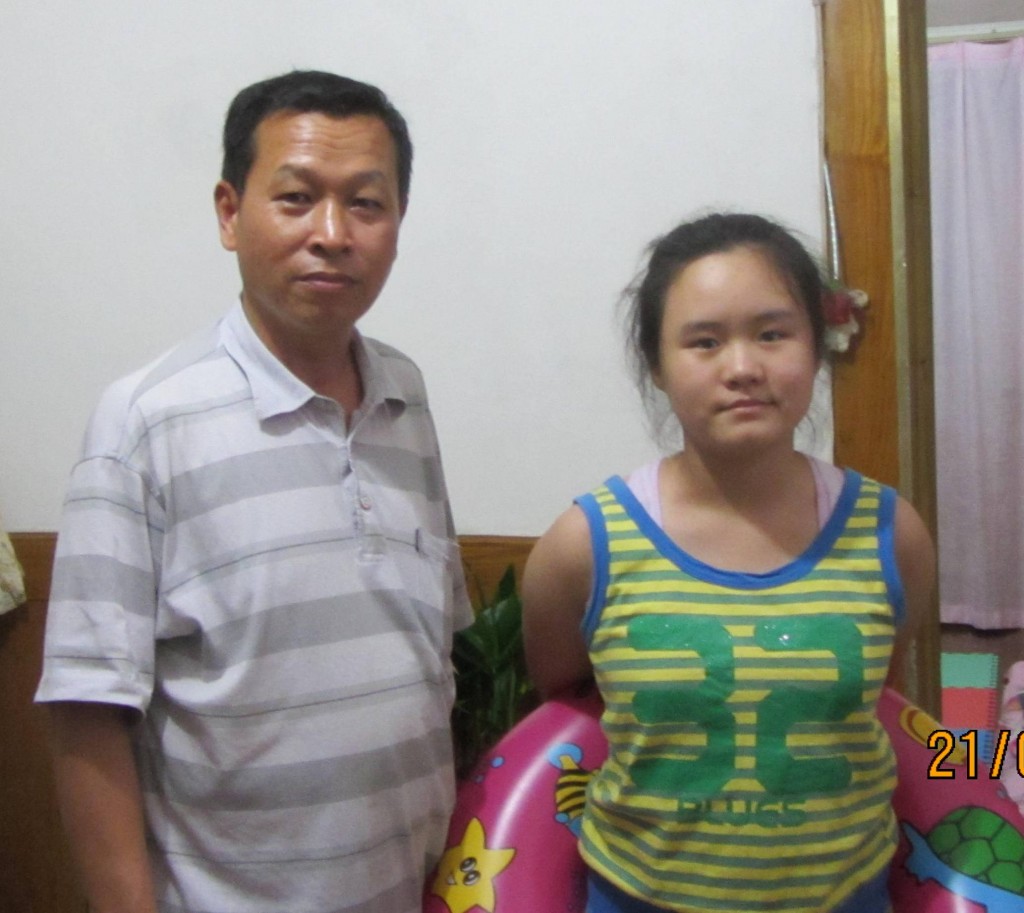 Yao Cheng said that for the past six years, through dozens of searches, WRIC has found the biological parents of over twenty abducted or abandoned individuals, and has been helping thousands of children and their families. In recent years, help has especially been extended to Putien child brides in search of their biological parents. WRIC has also greatly assisted monastery orphans and enabled interviews and reports for various foreign media outlets. It is precisely for this reason that WRIC has suffered government suppression.

Yao Cheng told Swiss National Television that the next move is to step up the search for Putien child brides’ biological parents given that many of them are at risk of passing away. This makes the hope of reunion dimmer with time. The situation is also worsening for girls who live in monasteries: They may be forcibly transferred to welfare centers after seven Chinese ministries jointly prohibited private orphanages in June this year. For the second time, these girls may lose what they know as home.

The interview was successfully conducted in the outskirts of Hebei and later set in Yao Cheng’s residence within the city. However, during the journey, the television crew had an unknown car hitting their rented car thrice consecutively. No one was hurt in the incident. 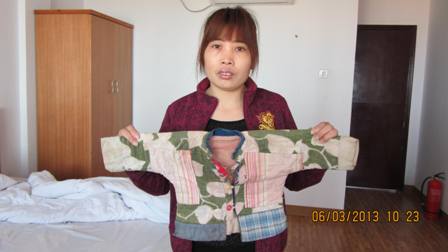 A child bride from Putien, Fujian province indicated the clothing she had on when she was sent to her foster parents.（Photo by WRIC） 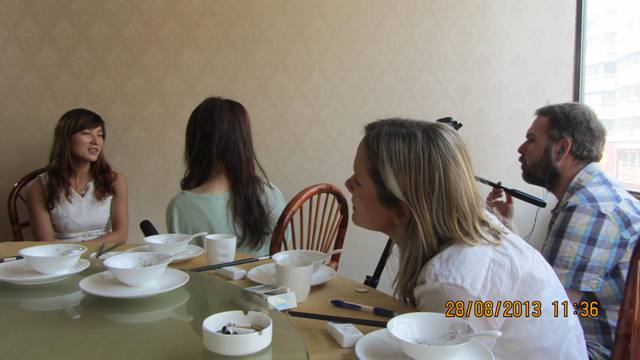 During the interview, Yao Cheng invited a child bride from Fujian who currently works in Anhui to share her story.（Photo by WRIC）