You are here:
Child BridesEvents

On the morning of the 18th, Chen Fuyu rented a car to drive to Xiaping Village in Machang Town. He went to the Peng family house as soon as he arrived in the village. “I’m here. I’m at Peng Qinglan’s home.” He called me. I asked Mr. Chen to hand the phone to Peng’s relatives to confirm our findings. As soon as the elderly Mr. Peng received the phone he asked me in shaking voice, “Is it my daughter looking for us? Was she looking for us?” I quickly answered yes. “Where is she?” He asked in such desperation I abandoned thoughts of further confirmation. It was a wait of twenty two years. There was no reason for us to force the man and his family, who must have been thinking as they were in a trance, to wait another minute. I gave him Peng Qinglan’s number. Afterwards, her phone stayed busy for the rest of the day. She told me when I met her days later that the call lasted uninterrupted for some twelve hours. She talked to most relatives in the village.

On the afternoon of the 21st, I arrived in Putian. Peng Qinglan and her Putian relatives welcomed me at the station and found a hotel for me. I called Mr. Chen, who was in the hotel to send me over the internet pictures he took of the Peng family in Xiaping village. Peng Qinglan waited anxiously by the laptop. I could only wish that the speed online could accelerate little by little. 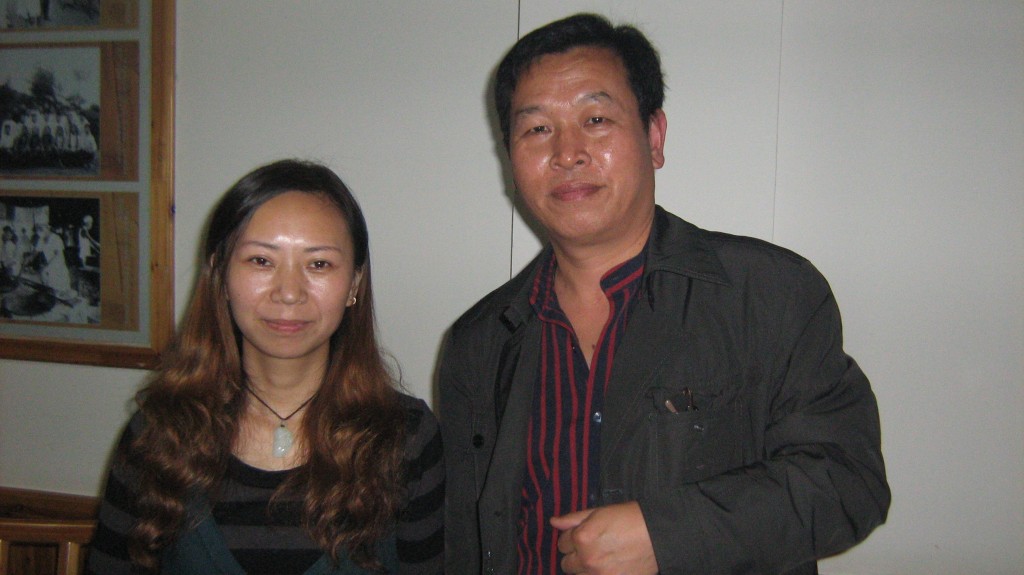 “Papa looks the same, only older. My mother was a little pudgier back then, but much thinner now. Even my sister looks old now.” Said Peng as she looked over the photos. We onlookers didn’t say anything, sharing in silence all her emotions of deep joy and sorrow.

I interviewed Peng about her kidnapping and the rest of her life. It was a day during the summer vacation in 1988, the eight-year-old Peng Qinglan and a neighbor’s daughter went to visit her father who was working about twenty kilometers away. On the way they met a middle aged woman who was holding a boy. The woman told the girls she was going the same way. The girls were trusting, so they went with the woman, who spoke the local dialect. When they felt something was wrong and wanted to go home, the woman told them she was going to buy some pretty clothes for the girls. They already had no idea where they were. The woman brought the girls on a bus then a train, all the way across southern China to the coastal Fujian Province. Peng Qinglan was sold to the Wu family. About the other girl, there was no news since.

There are two child brides in this family. This is a typical family structure in Putian region.

Peng’s name was changed to Wu Yuqin. The Wu family had seven children counting Peng. She had three new elder sisters, three younger brothers and a younger sister. She helped her “adopted” mother with chores and didn’t go to school since the time she was eight. She married at age nineteen, to a famous local opera singer. The local opera was a nationally recognized cultural heritage and was subsidized by the government. She now had an eleven-year-old son in school. She worked in a factory. She told me that life was relatively good. Her adopted parents treated her well. Relations with her adopted siblings were also very good. After she found her Guizhou family, a brother in the Wu family actually came back from work in Xinjiang (northwest China) to visit.

The brother who came back from Xinjiang invited us all to dinner. Peng’s husband had to perform that night. He would see me a day later.