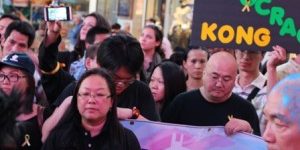 More than 200 Hong Kong immigrants, students and democracy activists held a protest at New York Times Square at night.on September 27, 2014, shouting slogans such as “True democracy for Hong Kong” and “Universal suffrage for Hong Kong”. They held up banners and marched from 42nd street to the Chinese Consulate General in New York. This event was organized by Chinese-American Yang Jinxia and supported by Tan Jingchang from Human Rights in China (HRIC), Zhang Jing from Women’s Rights in China (WRIC) and Lu Jinghua, former participant of Tiananmen Square Protests in 1989. On the 28th, close to 100 people gathered at the statue of Lin Zexu (Qing dynasty Chinese official known for burning opium ) in Manhattan’s Chinatown, shouting slogans and demanding that the Hong Kong police stop using violence to disperse the students and civilians, stop using pepper spray, tear gas and batons. 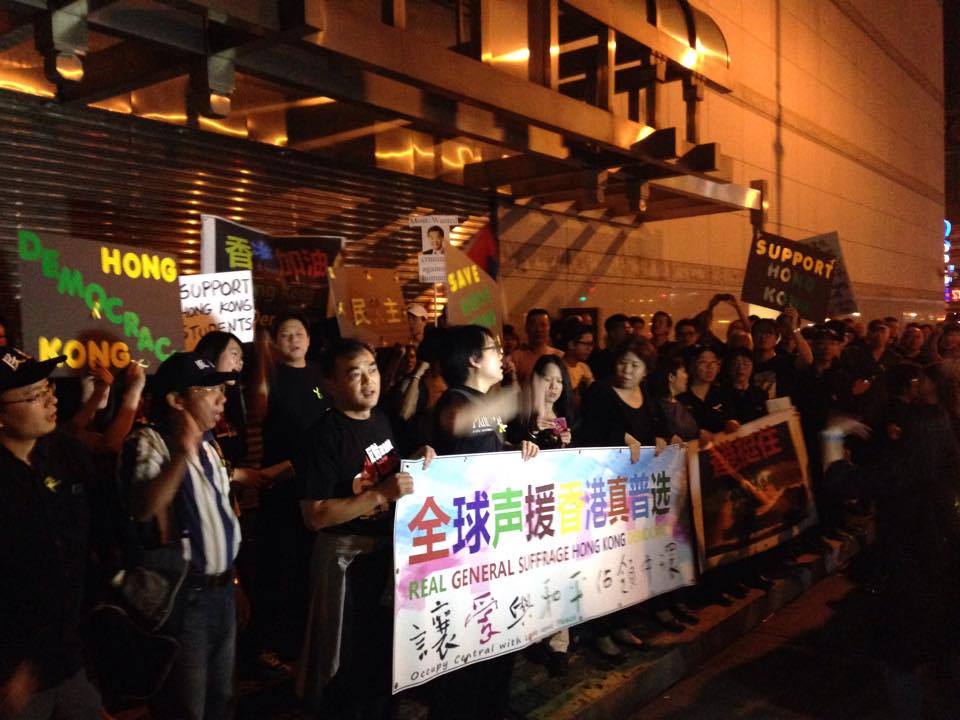 In the afternoon of September 27, 2014, New York Forum, hosted by well-known podcaster “North Wind”, explored the situation of the “Occupy Central” protests (Central is the financial center of Hong Kong), relaying a TV broadcast of the struggles of demonstrators in Hong Kong. A student from Hong Kong, Ngou Cheuk Hin, who is currently pursuing a double degree in History and Journalism at New York University, first introduced Hong Kong’s democratic progress 30 years after the signing of the Sino-British Joint Declaration (which confirmed the principle of “one country, two systems”), explaining why Hong Kongers are now forced to organize “Occupy Central” protests to fight for true democracy and safeguard the fading liberty and the rule of law in Hong Kong. Events supporting Hong Kong such as those organized by Hong Kong immigrant Lau Nga Nga were thus spread throughout the U.S. and the West. 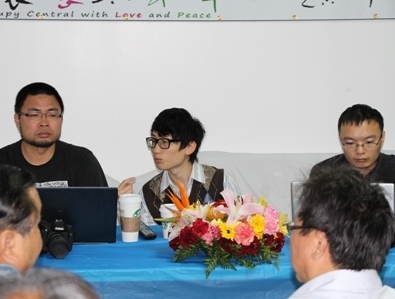 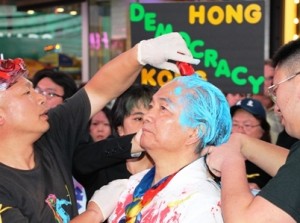 Performance Artist Sit Ming Duk shaved his head to support the three leaders of “Occupy Central” on the 27th. After the gathering, 200 people marched to the Chinese Consulate General in New York. (Photographed by WRIC Zhang Jing)

In Hong Kong, the normally quiet streets became like a warzone on Sunday night as policemen used pepper spray, tear gas and batons to forcefully disperse tens of thousands of students and pro-democracy protestors gathered outside the government headquarters. The broadcasts showed protesters trying to use raincoats or umbrellas and goggles to protect themselves. Hong Kongers gathered in different areas for the “Occupy Central” protests, especially in the busy streets of Mong Kok, where more than 2000 middle-aged women had joined in the protests as well, which made them one of the spotlights of the “Occupy Central” protests.

Recent news reported that the City University of Hong Kong has announced the boycott of classes for an unlimited period of time, while the Hong Kong Bar Association condemned the police for using violence to disperse the protesting students. The Hong Kong Federation of Students (HKFS) has boycotted classes for 5 days from the 22nd as protest against the Beijing Central Government’s decision on the election method of the Chief Executive of Hong Kong. On the 26th, the last day of boycotts, Scholarism, an organization of secondary school students, also called on secondary school students to boycott classes. They protested in front of government headquarters and clashed with the police, resulting in 21 people injured and 6 people arrested.

The Hong Kong Professional Teachers’ Union (PTU) called on teachers in Hong Kong to go on strike starting from September 29th, not to attend classes and teach. Their statement mentioned that “The HKSAR Government turned a deaf ear and blind eyes to Hong Kong People’s genuine appeal, aggravating the resentment and widening the split between the people and the government. By this evening, Hong Kong police used ruthless force to expel armless citizens, inflicting injuries on demonstrators with the use of weapons, acting as enemies of the people. PTU expresses severe indignation, seriously condemns the brutal actions by the HKSAR Government and the Police, and resolve to call for a general strike by all teachers in Hong Kong.” Chen Wei-ting, the leader of the Sunflower Student Movement in Taiwan, called on the Taiwanese to keep watch at night for Hong Kong and gather more friends to show support to Hong Kongers. Another student leader Lin Fei-fan said that the Hong Kong police has already raised an “orange flag” to request protesters to leave immediately, or else they would shoot people. The Chinese government is preparing to kill its people! To express Taiwan’s support towards Hong Kong’s “Occupy Central” protests, previous student leaders of the Tiananmen Square Protests such as Wang Dan and Wu’erkaixi gathered at 6:30pm at the Liberty Square of the National Chiang Kai-shek Memorial Hall in Taipei on the 28th.

The “Occupy Central” protests have gained support from overseas students as well. More than 200 students from Hong Kong in the U.K. marched to the Hong Kong Economic and Trade Office in London, demanding that the Hong Kong and Chinese government implement what it promised: universal suffrage for Hong Kong and give Hong Kong citizens what they deserve. The students plan to march to the Chinese Embassy in London on October 1 (National Day for China) and protest outside to support Hong Kong students and demand that the Beijing government listen to the voices of Hong Kong people. The Chinese government has ordered the censorship of all media coverage of the protests in Hong Kong, and has already blocked some social networking websites. The White House petition to “Support Hong Kong Democracy and Prevent A Second Tiananmen Massacre in Hong Kong” has obtained more than 100,000 signatures at 6:30pm on the 28th. The U.S. government will conduct hearings and pay close attention to the development in Hong Kong. 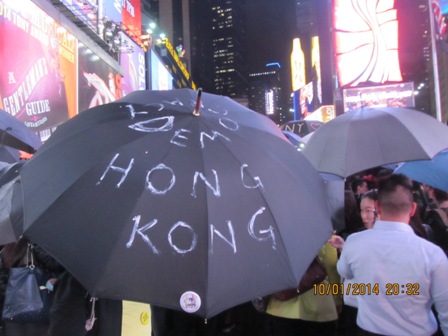 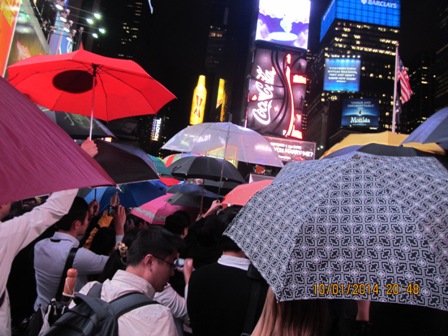 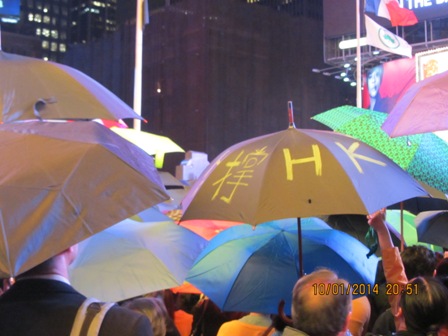 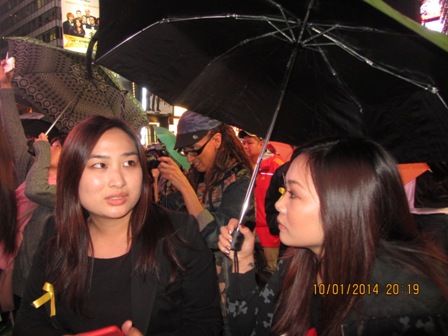 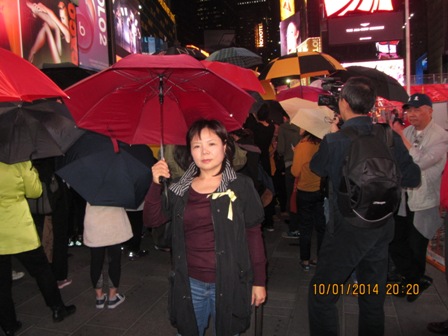 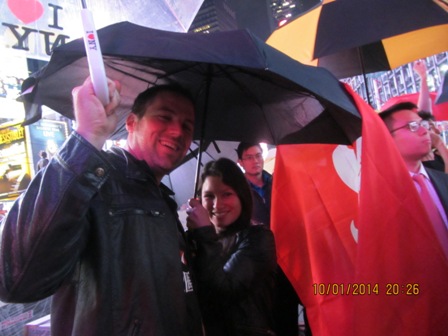 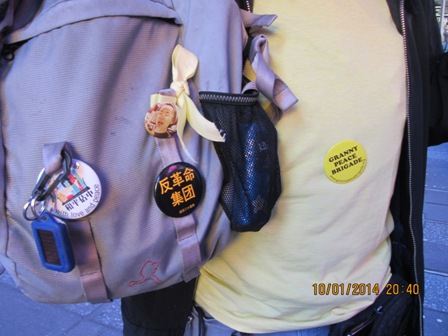 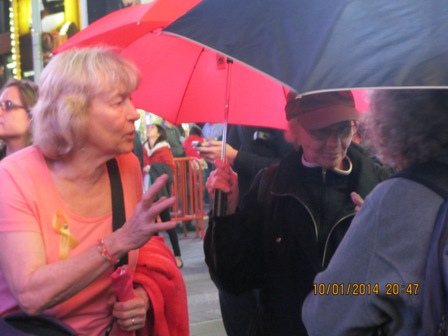 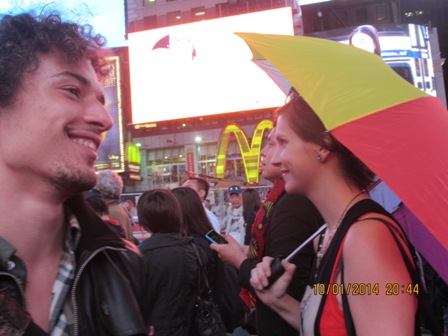 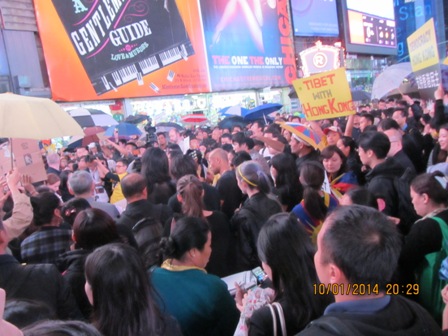 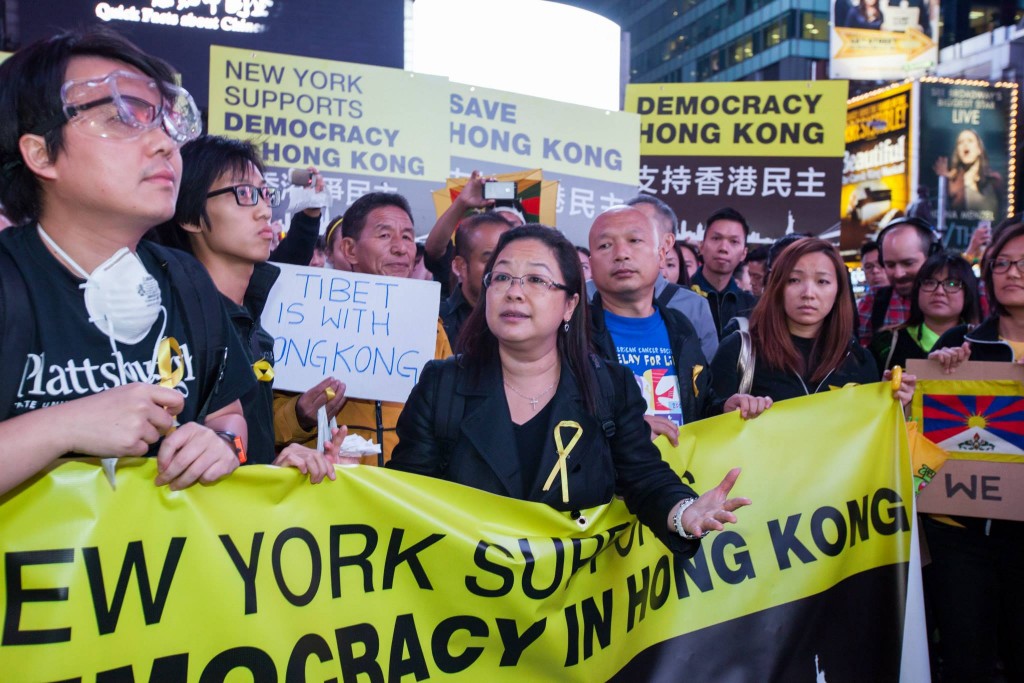