You are here:
Forced AbortionUncategorized 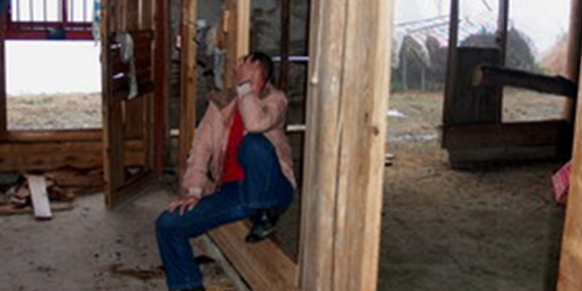 From the dawn of humankind, the reproduction and perpetuation of the species followed natural laws. Human civilization also followed these natural laws step by step in its development.  In the ancient Orient, throughout a history littered with tyrants, no Chinese dynasty dared to order their population to follow the dictates of the ruling elite regarding their child bearing.

However, after the Communist takeover of China, the Party brought wave after wave of political persecutions and atrocities to the people. These included: the death of tens of millions in its civil wars with the Nationalist Party; the death of millions in the Korean War; the Great Leap Forward famine that cost the lives of thirty million; the countless casualties of the Cultural Revolution; and the forty million infants and expectant mothers killed by the Forced Birth Planning of the government after the start of the “Reform”! The last would prove to be the biggest mass killing in human history. I will not talk about the killing of babies after birth, the documentary Kuqi de Yinling (The Dying Babies) already exposed that bloody and sorrowful truth. 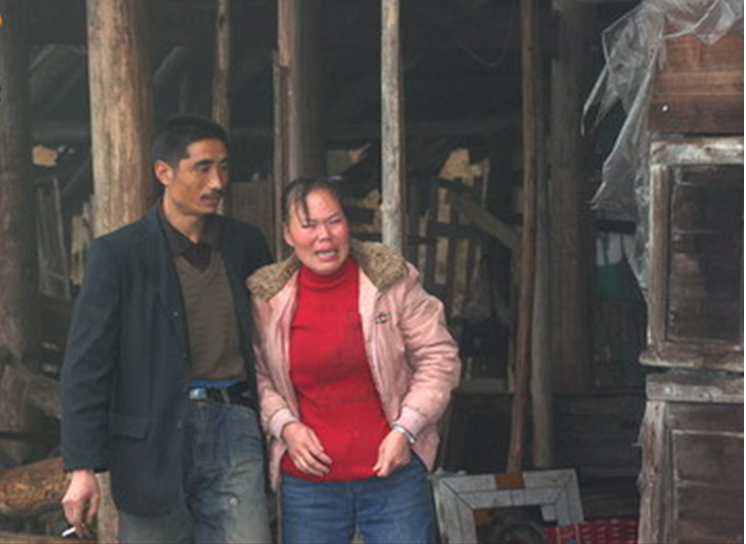 On top of losing their home, they face heavy fines—all this for saving the life of their second child from abortion. The future looks ever more chilling. Hunan Birth Planning Committee Violently Destroy Farmer’s Home . 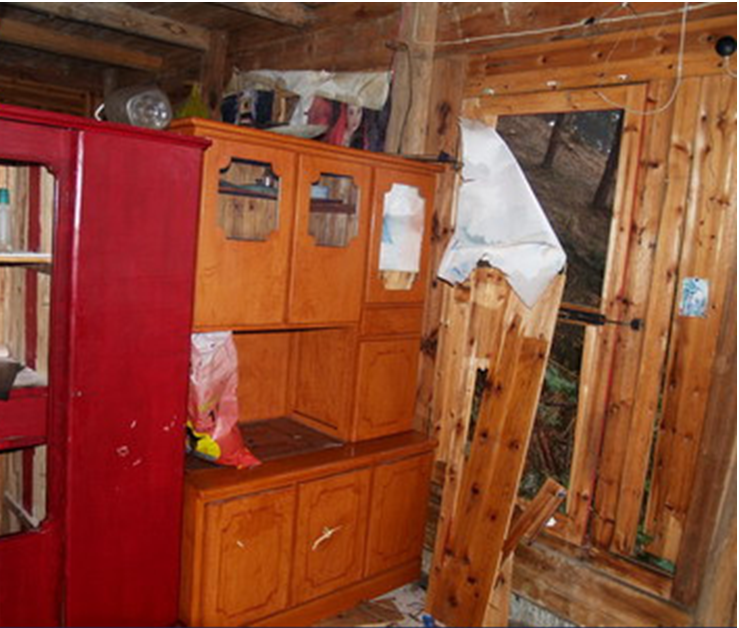 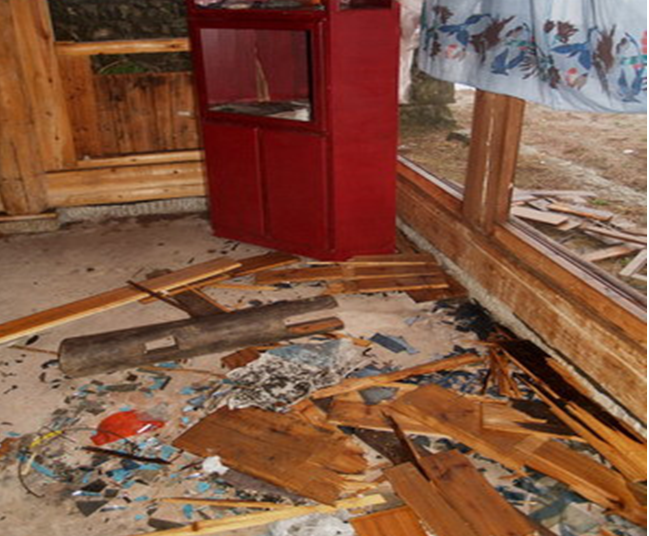 A once happy home now in shambles. 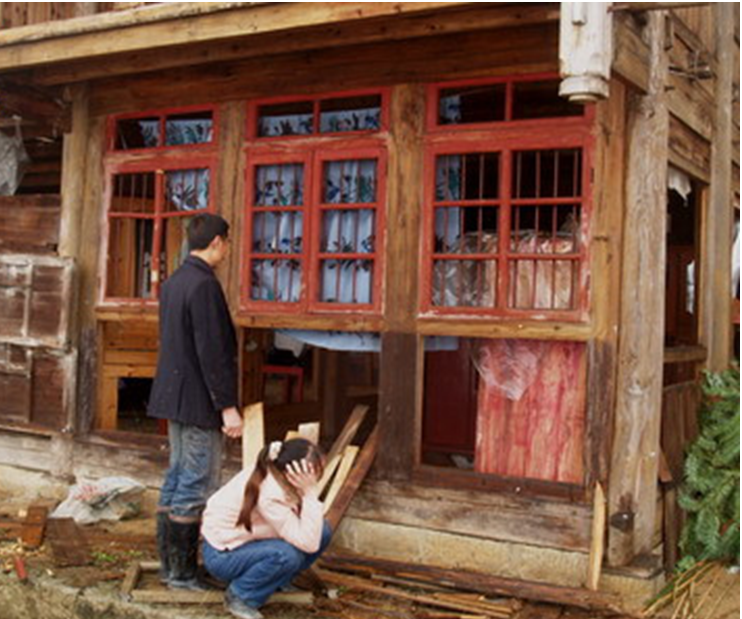 Lou Lixiang, desperate, helpless and in tears, and her husband 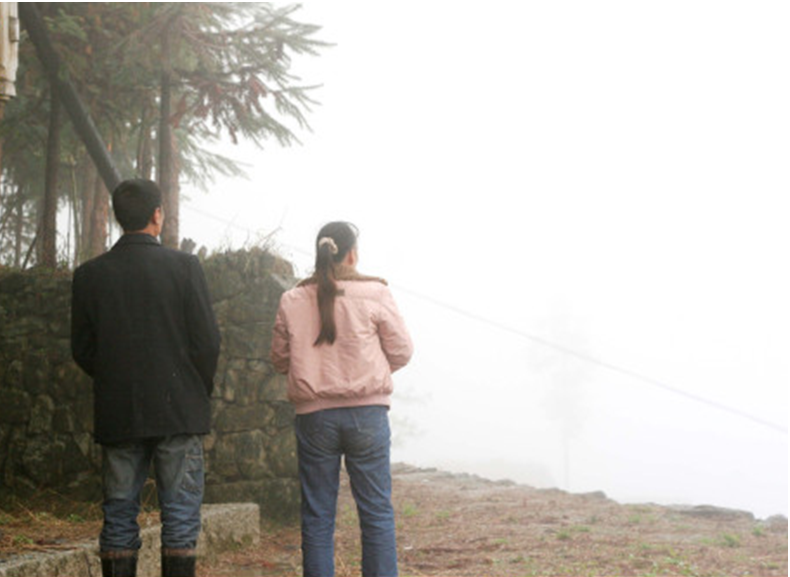 Lou Lixiang and her husband, desperate, helpless and in tears.

Shifeng Village, Xinhua County, Hunan Province, was in the middle of a national scenic preserve. The mountainous terrain and high altitude produced a hearty breed of farmers who daily endured heavy labor that ordinary city dwellers would be hard-pressed to imagine. Without retirement benefits, local villagers could only depend on their children to care for them in old age. This fact produced difficulties for the government’s Birth Planning Committee. Like most other Chinese villages, the women were subjected to periodic examinations several times a year to check for “illegal” pregnancies. When resistance was encountered, the government agencies would engage in punitive measures including confiscation of cattle, demolition of family dwellings, heavy fines and the jailing of relatives to bring the women to heel. Illegal pregnancies had to end in forced abortions. The court refused to intervene in any of the violations of human rights.

When Xihua County’s Birth Planning Committee discovered that Ms. Lou missed her General Pregnancy Examination, it also received tips from informants that she might be pregnant. The Action Group of the committee visited the village four times between May and July, 2007. It used violence to wreck the family house and threatened Lou’s family to reveal her whereabouts. The father of Lou’s husband, Zhuo Muyuan, was forced to witness three of the demolitions. Local villagers reported that the Group Agents wrecked the house four times after unsuccessfully threatening the house of Lou Lixiang’s brother-in-law. Every single agent had to smash one wooden wall or window during each wrecking. In addition, Lou’s father-in-law, who was 83-years-old, was jailed for one night for her absence and fined 200 yuan and 600 yuan bail. Neither amount, however, carried a written receipt.

Lou Lixiang and her husband persisted and give birth to their second child in hiding on October 6, 2007. On January 16, 2008, Zhuo Muyuan was jailed when he returned to the village to meet with the Birth Planning Committee. He wasn’t released until he received the news that his mother died of anxiety and anger during his detention.

On March 17th, during the author’s interview, Guo Yongzhi (deputy executive of Shuiche Town, Xinhua County, in charge of birth planning) and Li Zhongqing (Party Committee member) stated that local villagers lacked education and culture. The farmers had no concept of the rule of law and needed to follow population control regulations. The only effective manner to deal with families of illegal pregnancies was “hard, harsh and hot”. Their attitude served to illustrate the multitudes of Chinese rural Birth Planning officials only too well. Government agents and officials have no regard for the peasants’ daily struggles, the insufficiency of farm labor, the meager and inconsistent income, and the crushing burden to care for the elderly. Democracy was a good joke to the officers in power. The only thing that mattered was to hold onto their office and climb into a higher one. The accumulation of money and the pleasure of their superiors was the only concern of such men.