You are here:
Child Brides 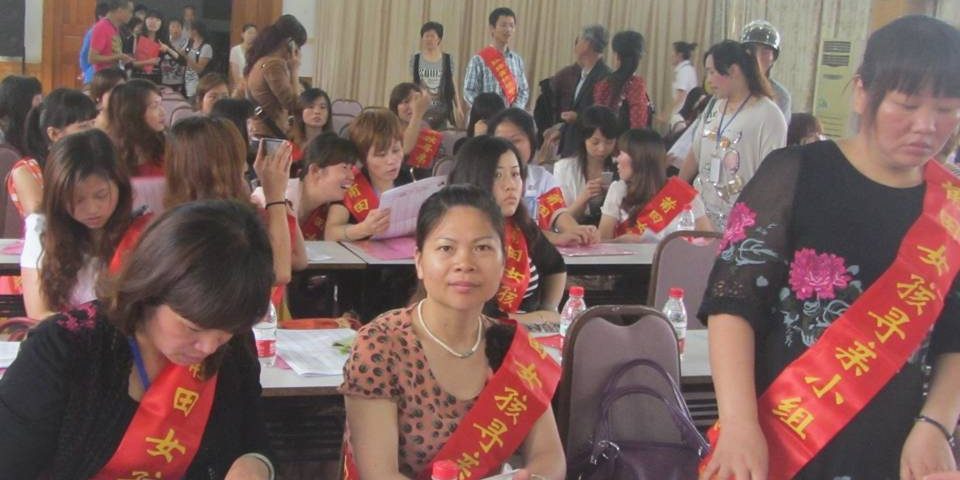 In Putian area in Fujian Province alone, there are 120,000 to 600,000 child brides.In Shaoyang, Hunan Province, a dozen infants were seized and sold to foreigners by government officials.

As per Radio France International, Zhang Jing’s “Child Bride Investigation in Putian, Fujian” shows that there are groups systematically stealing and kidnapping children to sell as child brides. Prices are negotiated, and they are delivered.

According to Zhang’s investigation, in Putian alone, there are 120,000 to 600,000 child brides. In Changle, Fujian, girl trafficking is rampant. There are even criminal chains formed by families

to kidnap, transport and sell child brides. Zhang: “From trafficking and transporting, to price negotiating and even home delivery, it is all run by criminal groups. Even women and the elderly articipate in these. For example, a woman carrying two children wouldn’t look suspicious in general.”

Zhang concluded that local authorities are careless.This contributed to the spread of this social problem. The imbalanced birth rate of males and females are another cause of the child bride henomenon. The “gender imbalance” in China is deteriorating. It will make 20% of men unable to find spouses and leads to the phenomena of transnational brides and human trafficking.

The “over-the-quota” babies are also unfortunate. On May 8, New Century magazine reported that over a dozen infants in Shaoyang, Hunan Province were taken away by family planning officials

for “being illegally born” and sent to an orphanage. The parents had to pay to redeem their children. To adopt a Chinese baby, foreign families often pay USD3,000 each just as fees. In China, orphanages collude with child traffickers to buy infants, label them as “abandoned babies”and send them to be adopted by foreigners.

Although “one-child policy” has serious aftermath, party leader Hu Jintao said recently that it would continue to be strictly enforced to maintain a low fertility level..