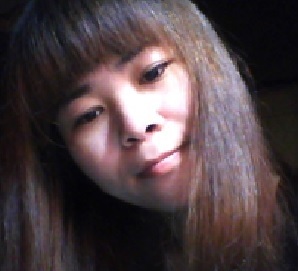 In February, 1988, the Wu family in Xicuo Village, Lingchuan Township, Chengxiang District of Putian City, Fujian Province bought from traffickers a girl under a month old for 200 yuan. The Wu family had two sons. The Wus bought the girl, intending to marry her to their younger son, who was already six at the time. Custom dictated that persons with the same family name could not marry. So the family named the baby Zhu Lihua.

Lihua knew from a very early age that she was bought and supposed to marry her “adoptive” brother. To escape this marriage arranged against her will, she left home at age 14 and supported herself by working as a child laborer in a shoe factory. Since that time, this stubborn girl started the long search for her real parents. However, the Wu family would not disclose one shred of the true story to her. The year she turned 17, her adoptive parents insisted on her marrying the brother. Lihua attempted suicide by drinking pesticide. She was hospitalized for more than a month. After Lihua finished elementary school, her “adoptive” parents claimed they lacked the money to send her to school any longer. Lihua was determined to continue her education. She sold the rabbits she raised by herself and got enough for one semester’s tuition in middle school. However, she could not find any additional funds for the next semester. That was the definitive end to her schooling.

To finally end all possibility of being forced into a marriage with the Wu brother, at age twenty, Lihua went to Fuzhou, the provincial capital, and hastily married an unemployed man who was 13 years her senior. Lihua’s husband quickly tired of the unfashionable orphan who was from the countryside without a family to rely upon. He turned violent and beat Lihua frequently. She was kicked out of the house by her husband in the end of this abusive relationship. She is now working in a restaurant without fixed residence. In April of this year, the Return Home Network opened our campaign in Putian to reunite child brides with their biological families. Zhu Lihua contacted us in hopes of finding her family.